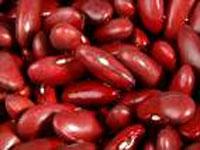 Inexpensive, full of goodness and can be used for literally thousands of recipes; humble beans and pulses are more exiting then you think

Peas, beans and lentils are known as pulses. They are the seeds of plants belonging to the family Leguminosae, which gets its name from the characteristic pod or legume that protects the seeds while they are forming and ripening. With approximately 13,000 species, the family Leguminosae is the second largest in the plant kingdom and very important economically.

Pulses have been used as food for thousands of years. The lentil was probably one of the first plants ever to be domesticated by humans. Most pulses prefer warm climates but there are varieties which grow in temperate regions.

They can be eaten fresh or dried and come in a great number of varieties with a range of colours, flavours and textures. In spite of its common name, the peanut or groundnut is also a legume rather than a nut.

All pulses, except for Soya beans, are very similar in nutritional content. They are rich in protein, carbohydrate and fibre, and low in fat which is mostly of the unsaturated kind. They are also important sources of some B vitamins.

Fresh pulses contain vitamin C, but this declines after harvesting and virtually all is lost from dried pulses. Canned pulses however, retain about half their vitamin C except for canned processed peas, which have been dried before canning. Canning doesn't affect the protein content and eliminates the need for soaking thus considerably reducing the cooking time compared with dried pulses. Frozen peas will have also lost about a quarter of their vitamin C content.

One advantage of dried pulses is that they will store very well for long periods if kept in a dry, airtight container away from the light. However it is best to eat them as fresh as possible. Pulses toughen on storage and older ones will take longer to cook.

Allow about 55g dried weight per person, once soaked and cooked they will at least double in weight. Most dried pulses need soaking for several hours before they can be cooked, exceptions are all lentils, green and yellow split peas, blackeye and Mung beans. Soaking times vary from 4-12 hours; it is usually most convenient to soak pulses overnight.

Always discard the soaking water, rinse and cook in fresh water without any salt, which toughens the skins and makes for longer cooking. You should also be aware that it is not safe to eat raw or undercooked kidney or Soya beans, both of which should be thoroughly cooked.

Most people associate beans and pulses with stews or casseroles and therefore a winter food; but many varieties can be served cold as the basis for a salad and chick peas in particular are especially good served cold with canned Tuna. 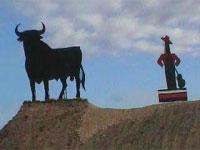 Nothing finer than a fino
The question, is fino from Jerez or Montilla-Morilles? Asks Steve Bannell
Indian Cuisine

Pink for the barbie!