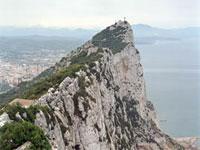 Who wants it, anyway?

This year sees the town of San Roque celebrating its 300 year old lucky escape from Gibraltar. The fact that 300 years after the event, they are still calling themselves Gibraltar in exile smacks of a bit of resentment that they originally felt the need to run away from the place; well, that and a big boat full of angry Dutchmen on their doorstep.

Jabal al Tarik, to give it its correct title, or Gibraltar as it is known today, was first captured in 711 by a Moorish gentleman by the name of , well, Tarik. The Spanish didnt win it back until 1462, but by then so much inter marriage between the moors and the original residents had taken place that the residents at that time were virtually impossible to single out as a separate race from their previous Moorish landlords.

History would have you believe that Gibraltar has been under British rule since 1704 and apart from a few crusty old dakari quaffing, stiff upper lipped dinosaurs left over from the tail end of the British empire nobody nowadays really believes that. The fact of the matter is, Gibraltar costs Britain millions of pounds a year and the younger people of Britain may question why we still maintain a foothold there, especially in sight of the fact that the Gibraltarian peoples have been squawking about independence since the day we first turned up there. That foothold in Gibraltar has been seen as a major military asset in times gone by, but times, as they say, do change and Gibraltar is becoming in danger of biting the hand that feeds it.

The following is an extract from the 11th report, Foreign affairs committee (Gibraltar) session 2001-02, Response of the Secretary of State for Foreign and Commonwealth affairs:

In answer to the governments (British) objective (paragraph 126) to lift the reservation on direct military movements between Gibraltar and Spain and to end the ban on direct military communications between NATO forces in Gibraltar and Spain. The representative for the government of Gibraltar replied (Paragraph 129) "We conclude that there is a risk, that in the event of an agreement concluded between Spain and the United Kingdom, which did not enjoy the support, or at least the acquiescence, of the people of Gibraltar, the military base might find its ability to operate severely constrained by the local population".

All of which sounds like a thinly veiled threat; in his visit to San Roque last month Prince Felipe expressed his hope that negotiations would bring an end to an archaic situation, and contribute to the development of the area. Felipes great grandfather King Alfonso XIII was married to the granddaughter of Queen Victoria; so he is hardly in much of a position to come out fighting for any corner. The fact therefore remains that, apart from the few residents of Gibraltar who enjoy an enviable position with massive British subsidies, no one else wants the place and Gibraltar will remain, at least for the time being, a White Elephant to the people of Britain.

So whom do we sign it over to? Well how about the residents of San Roque? They are still calling themselves Gibraltar in exile after all; therefore it would be most fitting to give it back to them. 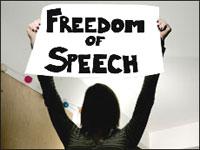 Freedom of Speech
Web Express Guide has a gritty editorial style that may sometimes come across as controversial
You cant just learn it!

Seen and not heard