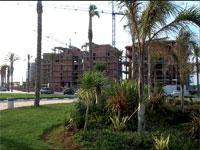 This part of Spain is no longer seen as a solid investment, Belinda Cordell looks at the reasons why

According to an extensive article in Cinco Dias (a Spanish newspaper specialising in news on finance, markets and the economy), the real estate boom experienced along the Costa del Sol over the past few years is slowing down.

According to the paper, property developers operating along the coast in southern Spain have detected a definite decline in the growth of demand for holiday homes last Summer for the first time in six years, in contrast to the previous year when a record 181,000 holiday properties were sold. High prices and over-built areas mean potential holiday-home buyers are turning away from the Costa del Sol in favour of other destinations.

In declarations to Cinco Dias, Jose Luis Marcos of ROAN, one of Spain's leading real estate consultants, claims that the signs are that the property market is "getting back to normal", and that although the current situation is by no means the beginning of an eventual recession in the holiday-home sector of the Spanish property market, it is time to start being "careful".

According to Marcos, the only "costa" in Spain where sales of holiday homes have slowed down is the Costa del Sol, notably Marbella and Sotogrande. This is not necessarily bad news for the property market because, according to Marcos, in these areas prices had become prohibitive and needed to become more stable.He expects growth in demand for holiday homes to remain stable in general without experiencing any sudden rises such as those experienced in recent years.

Another real estate DBK has published a report referring to the property sector in which it concludes that "following strong growth registered in recent years, we expect there to be a progressive moderation in the number of properties sold in coastal areas in the future" although "there will still be a continued demand attracted by low levels of interest in Spain or high quality accommodation with complementary facilities and services".

Although demand for holiday homes in the Costa del Sol may be slowing down, it is actually increasing in places like Almería(El Toyo, La Garucha y Playa Serena), Murcia (La Manga, Costa Calida) and Huelva.
All the experts consulted by Cinco Dias for the article agree that the concept of holiday homes in Spain is moving towards the "American resort" concept with global integrated services and perks. 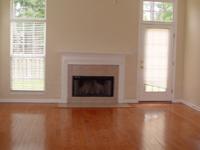 Selling your home
With so much competition buyers are spoilt for choice; give your home a make over to improve your chances of a sale.
The purchase procedure