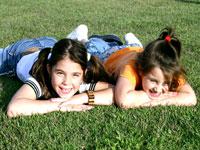 There is no clear cut definite answer. Everyone has a different point of view and everybodyĀ’s circumstances are different; what works for one family will not necessarily work for another.

Some parents think that the best option is to place their children in a Spanish state school and immerse them in the language and culture of Spain.  For some this is ideal but remember, the older the children, the more difficult it will be for them to fit in.

Some children find it hard to make friends even when they speak the same language, imagine how hard it would be for them to be Ā‘dropped in at the deep endĀ’ so to speak.

Is it fair on the Spaniards?  Some state schools are filled to bursting point. The infrastructure simply cannot cope with the influx of foreigners. This is also happening in the U.K. with immigrants putting a strain on the education system and the National Health Service; the majority of Brits complain bitterly about it, but that is exactly what some of us are doing here.

Putting a child, with absolutely no knowledge of the Spanish language into a Spanish state school means that that child would have to sit through every lesson not understanding one word. Unless, of course, the teacher speaks some English and takes time to explain to the child or an English speaking child translates, but this takes time and puts a strain on both the teacher and the class. Some parents do organize private Spanish lessons before the child starts school and this puts them in a better position to make friends and understand some of the lessons without special help.

We must also remember that, before coming to Spain, we all had different ideas of how our children should be educated. Some of the children will have attended state schools in the U.K., others private day schools or boarding school. Some state schools are better than others.

When a school in the U.K. is given a glowing report from Ofsted, people move house just to be in the catchment area and there have been cases, that have even been reported on national television, where battles have erupted because one child has been given a place in a highly rated school and another refused because they live on the wrong side of the street and are therefore outside the catchment area. We must remember this when we come to Spain as there are schools that are highly rated and ones that are not. Some will go the extra distance for the Ā“extranjerosĀ” and employ classroom assistants or offer extra Spanish lessons after school, some will not.

One of the benefits of sending your child to an International School is that, if you have to return to the U.K. there will be no glitch in your childĀ’s education as all British Schools in Spain follow the British National Curriculum. International Primary schools, in general, give Spanish lessons every day, whilst, depending on the timetable, your child would have three or four hours a week at Secondary. Most schools would offer extra Spanish lessons out of school hours.

One important point to remember is that you were adventurous enough to Ā‘up sticksĀ’ and settle in Spain so, it stands to reason that your child may well be the same and might want to Ā‘up sticksĀ’ and move back to the U.K. so donĀ’t close all the doors on the way out. If he or she decides to move back to the U.K., either to attend university or to start a career, they will need a good level of English. English Language and Literature is taught as a first language in the International schools but, obviously, Spanish is the first language in Spanish schools.

Other factors for consideration are: does the school have an entrance exam?  What is the Ā‘ethosĀ’ of the school?  What are the class sizes? What are the facilities like? What is included in the fees?  Is there a waiting list?

Many of the larger International schools now have waiting lists and the class sizes have grown considerably. Some families arriving on the coast during the summer months wait until just before the beginning of the academic year to look for a suitable school only to find there are no places available for their children. Organizing schooling must be given priority and, if you find the right school, enrol your children before the holidays then relax and enjoy the long Spanish summer.

could you tell me your view on sending my 9 year old son to a bilingual school as i am moving to the costa del sol 25 may 2010. i have been told about el chapperl school in la cala and wondered how there lessons are taught thankyou michelle

Editor's comments: I have no personal knowledge of the school you mention. IAs your son is just 9 years old I would suggest you send him to the local Spanish school to start with where he can start to learn Spanish and mix with some Spanish kids. Then start looking for a private English school at your leisure. You should move there by the time he reaches his teens. 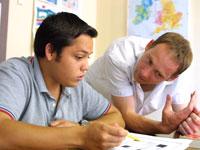 European Superteacher?
Are Spanish State schools doing enough for their foreign pupils?
Awareness of the net