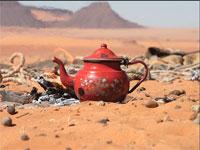 For the Chinese itÂ’s an important part of their culture and the British have long regarded it as their national drink; where would we be without tea?

Tea drinking is an ancient tradition dating back 5,000 years in China and India.

Long regarded in those cultures as an aid to good health, researchers now are studying tea for possible use in the prevention and treatment of a variety of cancers.

Investigators are especially interested in the antioxidants called catechins found in tea. Despite promising early research in the laboratory, however, studies involving humans so far have been inconclusive.

The human body constantly produces unstable molecules called oxidants, also commonly referred to as free radicals. To become stable, oxidants steal electrons from other molecules and, in the process, damage cell proteins and genetic material. This damage may leave the cell vulnerable to cancer.

Antioxidants are substances that allow the human body to scavenge and seize oxidants. Like other antioxidants, the catechins found in tea selectively inhibit specific enzyme activities that lead to cancer. They may also target and repair DNA aberrations caused by oxidants.

All varieties of tea come from the leaves of a single evergreen plant, Camellia sinensis. All tea leaves are picked, rolled, dried, and heated. With the additional process of allowing the leaves to ferment and oxidize, black tea is produced. Possibly because it is less processed, green tea contains higher levels of antioxidants than black tea.

Green tea like regular black tea comes from leaves of the Camellia Sinesis plant. Unlike black tea, green tea leaves are steamed, or baked, shortly after plucking. Black tea is oxidized, often referred to as Â“fermentingÂ” after plucking. Because green tea is not fermented, the finished leaves are very similar to the natural leaves from a tea bush.

However you enjoy your Â“CuppaÂ” its good to know that for a change, something that tastes good is also good for you. 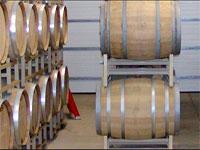 Dolores Morena Â– Â‘SuperbodegaÂ’
"The benefit of a womanÂ’s touch?" Asks Steve Bannell -"In this article I would like to look at those factors that make Dolores Morenas a success".
Pink for the barbie!