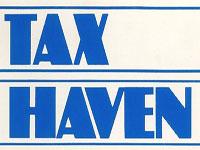 Graydon & Associates look into the intricacies of offshore accounts

In the UK the Revenue & Customs have won a key victory in their campaign against off shore financial centres.

In a test case before the special commissioners, it was held that offshore banks must disclose full details to the Revenue of all accounts held with them by UK domiciled individuals.

At the centre of the case was an unnamed financial institution; widely believed to be a high street bank.

The Revenue is particularly interested in off shore credit card receipts. It says that it hopes that the investigation into the banks customers will yield 347million pounds of additional tax revenues.

The victory before the commissioners will be used by the Revenue as a precedent when demanding similar access to the offshore accounts of other leading banks. The Revenue is drawing on the experience of the Internal Revenue Service (IRS) in the US where similar legal actions produced millions of offshore credit card transactions by US citizens. In fact, the IRS is so overwhelmed by the volume of returns that it had insufficient staff to process the paperwork it received.

Tax inspectors can now require banks to supply details of holders of credit cards linked to accounts in centres which use UK cash machines to get money from their overseas bank accounts. There is nothing wrong with this principle but the Revenue will assume that this money has been hidden and should have been declared and taxed in the UK.

The Revenue is likely to hit the mark nine times out of ten because people with something to hide will not have declared the interest on these accounts either. As a double tax treaty and exchange of information exists between the authorities in the UK and Spain, there is no question that the UK Revenue will pass this information on to the Spanish authorities where the individual concerned is resident in Spain.

Tax inspectors will trawl in many millions by using these tactics. They will invite voluntary disclosure from UK residents with a promise of reduced financial penalties for such disclosure as the bait.

Some who fail to disclose will be prosecuted and many will find the penalty, plus the interest on the tax bill, will wipe out their off shore savings.

There are other perfectly acceptable ways of holding cash and investments off shore without attracting the attention of the tax authorities and Graydon & Associates is more than happy to discuss these with you.

Equity release - The benefits
Retirement is about having time for relaxation and enjoyment, free of worries, not having to be frugal and to do without certain basic pleasures.
Spanish Tax Update - March 2006

The importance of seeking professional advice

Equity release: which is the right one for you?