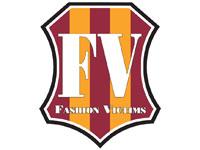 March/Aprils Prickly Pair was greeted with your usual wave of aff ectionate adoration; all except that is, for Monsieur Marcel Duval, a chef from Sotogrande, who wrote in especially to inform me that he has never Ā“covered a bird in white stuff Ā” in his entire life. Actually it was MarcelĀ’s Ā“partnerĀ” Victor, who wrote in, so make of that what you will.

Well, itĀ’s that time of year again; we are all putting away our winter woollies and moving into our summer garb. Now I can fully appreciate that we are all diff erent, and there are those less fortunate than myself (being blessed as I am with exquisite taste) who may look forward to shedding their winter coat with trepidation.

Fashion sense, or should I say that certain Ā“je ne sais quoiĀ” is something we are born with and it is not given to every individual to instinctively know what is right. LetĀ’s take the British, for example, now there is no other race on godĀ’s earth with such an infl ated opinion of themselves and every far fl ung corner of the world has at least one little colony of Brits, who for some reason think it is their moral duty to tell Ā“Johnny foreignerĀ” how to run his country.

I can only think that such men, or even women come to that, either have no mirrors in their homes or they are in possession of a magic mirror. This wearing of football shirts by anybody over the age of, lets say six years old, is not only embarrassing to well adjusted English folk living in a foreign country, it is also an indication of a certain lack of self identity by the wearer and a need to run with a pack, shows an absence of confidence as an individual.

The same can be said for designer labels and Ā“sports wearĀ” with giant logoĀ’s splashed all over them, the only message these are giving out, is that you donĀ’t have any personal preference and that you probably drive a mid-priced Ford.

It is not just the British male who shuffles around like a scruff y b*****d, English women are just as bad as their Ā“GeezersĀ” and what you see is what you are always going to get from women who spend a lifetime of worship at the temple of Ā“BurberryĀ”.

Perhaps I am being a little hard by just singling out the Brits, every country has its fashion victims after all; so letĀ’s have a round up of some of the others. Americans are still the worlds biggest wearers of Crimplene, so much so in fact, that if the whole of America were to get undressed at the same time,they would generate enough static electricity to fire  up New York for a couple of months. The French are never truly happy unless they are dressed up like a bar code. The Australians live in sandals all year, because they donĀ’t make shoes wide enough to accommodate their web feet. The Germans all dress like the Waltons. The Italians wear everything in their wardrobe at the same time; and as for the Spanish, well letĀ’s not even go there! 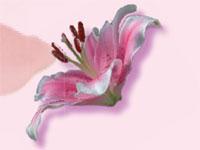 Simply Divine
This month the Prickly Pair get a bit of life coaching from a group of helpful little souls, calling themselves Ā“Holistic Lifestyle ConsultantsĀ” after all we are not too proud to admit that we may have made the odd little mistake in the past and could do with advice from a- soul now and then.
Feeling peckish?

But is it art?

Who said romance is dead?