If you want to get Windows Vista when it comes out, you probably should be thinking about new hardware.

According to research firms, its estimated that about half of corporate PCs arent powerful enough to run the forthcoming operating system. This is great news for the video card and memory industries!

Among the major requirements of Vista, compared with Windows XP or 2000, is a graphics card that supports Vistas user interface and visual enhancements, which include translucent window frames and task bar, real-time thumbnail previews and task switching, enhanced transitional effects and animations.

While these features within Aero wont be important for many companies, other improvements in the UI will, such as better window stability, smoother screen drawing and interface scaling. In addition, computers will need at least 1GB of RAM to run Vista, and an additional 512MB if companies plan to use PC virtualization during the migration to run an older OS and Vista simultaneously.

In terms of major upgrades, Vista is comparable to Windows 2000. Windows XP, which fell in between the two, was considered a far less radical change. Both 2000 and Vista are what would be termed major upgrades, while XP was a minor release. As to whether companies can expect a bigger, more costly hassle in moving to Vista than it was to 2000, its too soon to tell, based on the beta versions of Vista released by Microsoft.

While Vista is scheduled to ship early next year, another delay is always possible, so companies that have skipped XP and are still running 2000 should start planning now to move quickly when Vista is ready. 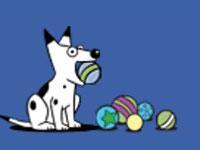 Top Dog
Dogpile claims to be the easiest way to find the best results from the leading search engines; is that just a pile of dogs? Belinda Cordell takes a little Rover around.
Vaulting to Success