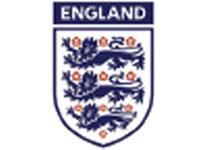 Like millions of others, Ben Gates from Sabinillas is expecting great things from the England Squad

The World Cup is almost here, the biggest sporting event in the World and as ever Englands chances of winning it are being talked about in every bar, not only in England but here in good old Sabinillas as well.

People are talking about whether it matters if Sven is leaving after it, will he be as focused, also they are talking about the FAs shambolic handling of the selection process for his replacement, Scolari apparently accepting the chance, then turning it down blaming media intrusion and then trying to get more money out of the Portuguese FA.

However the biggest talking point at the moment is the probable loss of Wayne Rooney. Manchester United's website reported on the 30th of April Wayne Rooney has a fracture of the base of the fourth metatarsal on his right foot. He will be out for six weeks.

This would leave Rooney only getting to full fitness by Englands first game, so if he is even named in the squad, he most probably wouldnt be match fit by the knock-out stages.

The question is will Erikson name him in the squad? If he has a slight chance of playing, I think Eriksson will name him in the squad as hes done before with David Beckham in the last World Cup. However, Rooney is not the only player with injury problems, another major player for England with injury problems is Michael Owen, who has only just come back from another Metatarsal injury and complained he didnt feel quite right in his comeback game; Eriksson can only take one of them as he cant afford to take two unfit strikers.

However, I dont think this ruins Englands World Cup chances as its the team and not just individuals that win it. A similar thing occurred when England last won the World Cup in 1966, when Jimmy Greaves, one of the best strikers in the World at that time, missed a  game with injury and was replaced with the little known Geoff Hurst and the rest, as they say, is history.

We must remember, England still have some very good players, they are also in a very winnable group with Sweden, Trinidad, Tobago and Paraguay plus, once you are in the knock-out stages, anything can happen and it normally does.

There are a couple of other things going in Englands favour, the press may not be as frenzied now that Rooney and Owen are out, so the players may not be under the same pressure as in Italia 90, when they made it to the Semi-Finals. The other being that, the World Cup is being held in Europe and if you are from the host continent you are more likely to win it.

Though a lot of people will say Im just being optimistic, Im going to cross my fingers and toes and hope we go all the way and win it. 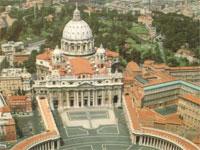 When in Rome
Whether you are religiously inclined or not, Easter in Rome offers a lot more allure then Easter in Marbella!
Mardi Gras