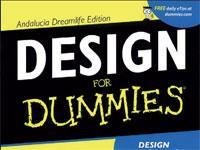 You canĀ’t just learn it!

Design expertise is a God given talent but far too many people are chancing their arm at it; Belinda Cordell joins the style police

It is to such individuals that design expertise was preordained before birth. The same could be said for great musicians, artists, actors and even chefs; it is that indefinable Ā“somethingĀ” that makes such people outstanding in their chosen field.

However, snapping at the heels of such precocious talents there will always be science; because natural talent is few and far between, science will try to bridge the gap by using any means at its disposal and that gives science quite an arsenal in todayĀ’s IT orientated society.

Lets take magazine design as an example; now by way of comparison we are truly blessed on this part of the Costa del Sol, surrounded as we are by so many examples of what happens when someone with no design talent whatsoever manages to work out the intricacies of a bit of computer, design software.

The end result is a magazine with no sense of direction, no co-ordination and a total absence of Ā“styleĀ” maybe we shouldnĀ’t blame the Ā“designersĀ” of such things, after all, although the design programs do use the term Ā“professionalĀ” it is true that any Tom, Dick or Harry can use them.

This does indeed leave the field open to all manner of tasteless individuals foisting their eyesores upon the public. However, the cream, as they say, will always rise to the top and having a talented designer at your disposal means the finished product will always stand head and shoulders above the rest; and a well designed page is not one that has every In Design trick thrown at it, just because you can. 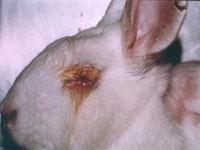 Beauty and hypocrisy
A new magazine with a breathtaking naivety of its own subject.
Seen and not heard