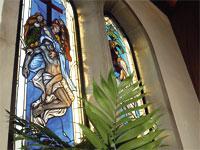 The Passion of Christ

Behind HollywoodÂ’s morbid fascination with gore, lies the story of a very real sacrifice.

With the annual approach of the Easter season, Christians all over the world prepare to celebrate the resurrection of Jesus Christ. The devote are often asked to reflect on the relevance of the two thousand year old legacy of Christ. The passion as it is traditionally known (from the Latin for sufferings) is the story of the last events of ChristÂ’s earthly life.

Episodes and details are drawn from the four separate accounts of gospels. But almost all versions begin with his triumphant entry into Jerusalem a few days before Passover where he is hailed as the Messiah by the people and conclude with his crucifixion, where he is mocked and despised, a few days later.

Events and men move with ruthless speed, and an inexorable tragic necessity seems to be at work. Jesus comes to see what he must accept in order to redeem sinful mankind; betrayal, slander, public humiliation, brutal torture and total abandonment. Among ancient Mediterranean peoples crucifixion was considered the most shameful means of torture and execution, reserved only for the worst criminals. By accepting it, Christ shows the greatest degree of self sacrifice.

As Christianity came to dominate the west, the once shameful image of crucifixion became the central and distinguishing symbol for the new religion. While other religions celebrated the invulnerability and power of their gods, the church focused on the human vulnerability and suffering of Jesus, the shear fragility of skin and bones under the lash and nail of power. Alone among world religions, Christianity defiantly displayed the wasted and twisted dead body of god in its most sacred places.

The date of Easter is determined by the Â“ecclesiastical moonÂ” as defined by church construction tables to be used permanently for calculating the phase of the moon.

During New Testament times, the Christian church celebrated Easter at the same time as the Jews celebrated Passover (the first of PassoverÂ’s eight days is Nissan the 15th on the Jewish calendar, Passover observes the flight and freedom of the Israelites from slavery in Egypt).

By the middle of the second century, Easter was celebrated on the Sunday after Passover, the council of Nicaea decided in 325 AD that all churches should celebrate it together on a Sunday. The Eastern Orthodox Church may celebrate Easter up to a month later, as its calculation is based on the Julian calendar, which is currently 13 days behind the Gregorian calendar. In 1865 and 1963, Easter observance in both eastern and western churches coincided. In some countries Good Friday and the Monday after Easter are national holidays.

Palm Sunday is the sixth and final Sunday of lent, in many churches it is the start of Holy Week, a week of observances leading up to Easter Sunday. Palm Sunday occurs one week before Easter and marks Jesus entry into Jerusalem, when his supporters waved Palm fronds to celebrate his arrival. Today ashes are used from palm fronds of the previous years Palm Sunday, to mark a cross on the forehead of penitents on Ash Wednesday.

Good Friday, the Friday before Easter is a somber observance of ChristÂ’s crucifixion on the cross. Christians believe that the death of Jesus Christ on the cross made it possible for them to find peace with God and wanted to celebrate that peace rather then observe Friday as a day of mourning and sadness. The name may also be derived from Â“Gods DayÂ” since in the first two centuries; the word Â“GoodÂ” would only ever have been used as a description of God.

Easter Sunday celebrates Jesus resurrection, along with Christmas, Easter is considered one of the oldest and most joyous days on the Christian calendar.

Religious services and other Easter celebrations vary throughout the regions of the world and even from country to country. Easter itself was not mentioned in the bible, but the three day period from Good Friday to Easter Sunday has become a traditional observance of when Christians believe that the crucifixion, burial and resurrection of Christ occurred.

Easter, like many other ancient festivals, has become a commercial free for all over the years, but behind the modern slant, itÂ’s not too difficult to remember that the story of Easter is the story of one man's very real suffering and brutal murder for what he believed was the salvation of his fellow man. 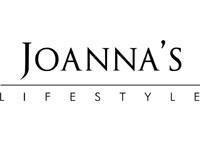