Non resident individuals with property investment in Spain could see some tax changes, according to Graydon & Associates

The Spanish government has recently produced draft legislation which seeks to carry out major changes to tax laws. Whilst some of these changes are indeed welcome, others do create potentially increased liabilities. It is expected that these changes will be debated by parliament during the coming months, and that the final version of the law will be approved by the end of the summer. In such a case the law will take effect from the 1st. January 2007.

Withholding taxes on the sale of property is reduced to 3 % (Previously 5%). Please note that this represents a payment on account of Capital Gains tax.

The withholding tax will not be applied for properties acquired before 1986, provided they have not undergone improvements.

Accelerated capital allowances of 11.11% p.a. for properties acquired prior to 1994 will continue to apply only for the period to 20th. January 2006.

Any gains that crystallize in 2006 will still be subject to CGT at 35%, although we believe that this can be appealed to the tax tribunal.
Income from rentals in Spain is taxed at 24% (Previously 25%).

Other changes include dividend income interest at 18% (Previously 15%) if the taxpayer is a resident in a Double Tax Treatment Country.

Resident individuals
The minimum exemption is raised to Â€17,360
The lower rate is raised to 24%, and the highest lowered to 43%
All capital gains are charged at 18%, irrespective of the period of ownership.
Dividends are taxed at 18%

Property holding companies
These companies effectively disappear and the general rates of Corporation tax will be applied. These rates will be gradually reduced at a rate of 1% p.a up to a total of 5 points. This effectively means that the general rate of 35% will come down to 30%, and the small company rate of 30% to 25%.

Investors who have structured their investments through these types of companies are advised to consider crystallizing the sale of the property or the possible liquidation of the company before the end of 2006.

Non Resident Companies
Such companies with properties in Spain will be taxed at 18% (Previously 35%) on the gain.

The rate of withholding tax on the sale will be reduced to 3% (Previously 5%).

Rental and dividend income will be taxed at 24 % ( Previously 25%). Not applicable to DTTC companies.

Offshore companies with properties or investments in Spain
If the assets held in Spain by these companies represent the main or majority of its investments, they will be considered to be resident in Spain and therefore liable to file for Corporation tax.

Shadow directors and shareholders.
Where such circumstances exist directly or otherwise, such persons will be held responsible jointly for any taxes due, together with the directors of the Spanish entity. 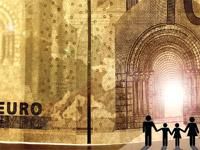 The importance of seeking professional advice
As well as saving you money, professional guidance with your tax payments can help you avoid falling foul of the law Graydon & Associates have been helping expatriates for years.
Equity release: which is the right one for you?

The need to plan for Spanish Inheritance Tax.

Equity release: which is the right one for you?