Early March is the best time to buy spring lamb why not try our recipe and this monthÂ’s recommended wine, for a perfect meal for two or a special dinner party?

Spring lamb is meat from a sheep less then one year old; most are brought to market at about six to eight months old. If the phrase Â“spring lambÂ” is on a meat label, it means the lamb was produced between March and October.

A lamb weighs about 120 pounds and will yield approximately 60-75 pounds of retail lamb cuts, which includes bone and fat. Mutton is meat from sheep more than one year old, it is likely to be less tender then lamb and have a stronger flavour.

During weaning, lambs gradually begin feeding on pasture or coarsely ground grain and go on to be raised on a diet of hay and feed stuff consisting of corn, barley and wheat. Depending on the quality of the pasture the young lambs will produce varying flavours of meat and low lying pasture with sweeter spring grass will produce the better meat.

Lamb is usually tender because it is from animals less then one year old. However, look for good marbling and meat that is fine textured and firm. In colour, the meat should be pink and the fat should be firm, white and not too thick.

There are five basic major (primal) cuts into which lamb is separated: shoulder, rack, shank/breast, loin and leg.

The rack is the unsplit primal rib of the carcass, which includes the ribs 6 through to 12; this is split to make two primal rib roasts, the most popular of which is a Â“CrownÂ” roast, made by sewing two rib roasts together to form a circle or Â“CrownÂ”.

Whatever cut you decide to try, lamb should never be overcooked as it is at its best still pink. StuffingÂ’s, glazes and sauces add interesting variety to all cuts of lamb and one of the best and most simple to prepare, is by just adding a couple of spoonfuls of mint sauce or mint jelly to the meat whilst roasting.

Lamb lends itself ideally to barbecuing; although it is a lean meat, it does have the right amount of marbling for flavourful grilling, without causing problems with flame flare ups. It has enough fat to drip down onto the coals, ceramic briquettes or Mesquite wood, to provide the necessary smoke for the characteristic barbecue flavour.

We do tend to think of lamb as one of the more fatty meats, however, 3 ounces of lamb from a roast leg joint contains only 5gms of saturated fat and only 12 gms overall. Add to this the fact that lamb is rich in Zinc, Niacin, Riboflavin and a whole host of vitamins, and lamb comes across as a good choice for a healthy diet if eaten in moderation.

Good quality lamb can be quite expensive when compared to a similar quality cut of beef, however, there is far less shrinkage with lamb if cooked properly and a good butcher will always trim any unnecessary excess fat from the meat prior to selling it. In this way, you can get away with buying a smaller joint, which will yield roughly the same amount of cooked meat.

Lamb is also one of the most versatile meats and lends itself to a range of dishes, so you will always be able to prepare something traditional or a little more adventurous. 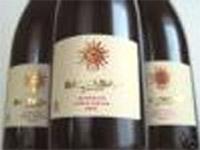