As long as a person feels young, physically and mentally fit, the question of care and prevention for life does not exist.
But when tiredness, exhaustion, loss of physical and mental capacity arises or when muscles and joints are painful, insomnia, sexual problems or other troubles appear, everybody should be alert, because these may be the first signs of a loss of vitality or that the general condition of health is decreasing.

The state of health normally does not switch suddenly into the state of disease, there is quite a long distance in time between the two states, until all symptoms of a disease appear and the doctor is able to diagnose correctly.

An outbreak of virus-influenza for example with the typical symptoms, as high fever, joint-ache, shaking-chill, etc. appears mostly a week after the infection. From the moment when the first malignant cells of a breast or prostate cancer start growing, till the outbreak of the disease, when the changes can be observed by mammography or ultrasound, between four to twenty years may pass by. Its similar with Alzheimers disease, other malignant tumour, diseases of the heart and circulation system, diseases of the brain and several more.

To clear up this blind spot within our health and to obtain tools to find out and prevent from diseases, a test was developed, the Bio Ageing®Test, by Prof. Dr. med. A.S. Wolf (MD), consisting of the following points. (Since the 1st of May 2004, this test has been carried out in the Europe Health Care Clinic.)

The Bio-Ageing-Test gives you the information about your biological age. Now you can find out if its true when you say: I feel myself as old as I am.

This test gives everybody the possibility to control his or her actual state of health and to act in time, when the first symptoms of a disease appear.

We recommend this extensive test every two or three years. 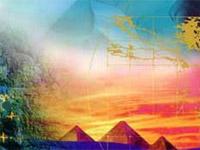 Bringing your dreams to life
Youve arrived in Spain with visions of a new life and this time youre going to make your dreams come true. But perhaps its not working out as you planned. Maybe you need to do more research, develop more confidence, gain motivation or perhaps you juts need to be sure that you are doing the right thing. Anything is possible when you are focused, motivated and believe in yourselfaccording to Antonia Behan.
Whiplash Injuries