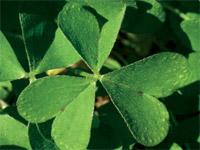 Still the hero of the worldÂ’s biggest annual street parties and an instantly recognisable symbol of the Irish nation, St Patrick remains the most enigmatic of all the saints.

St Patrick is one of ChristianityÂ’s most widely known figures, but for all his celebrity, his life remains somewhat of a mystery. Many stories traditionally associated with St Patrick (including the famous account of his banishing the snakes from Ireland) are false and the product of the Irish love for exaggerated storytelling.

It is known however, that St Patrick was born in Britain to wealthy parents near the end of the fourth century and that he is believed to have died on March 17th, around 460 AD. Although his father was a Christian deacon, it has been suggested that he probably took the role because of tax incentives and there is no real evidence that Patrick came from a particularly religious background.

At the age of sixteen, the young Patrick was taken prisoner by a group of Irish raiders and transported back to Ireland, where he spent six years in captivity. The exact location of this enforced captivity is unclear, although many believe he was taken to Mount Slemish in county Antrim, while others argue the location was county Mayo near Killala.

It is known that during this time he worked as a shepherd and the isolation and loneliness associated with this solitary way of life may have been the catalyst to his turning towards religion. Whatever the cause, Patrick embraced this calling with fervour. After a period of more than six years in captivity he escaped, after a voice in a dream (which he believed to be that of gods) spoke to him, telling him to leave Ireland.

To do so, Patrick walked nearly 200 miles from county Mayo, where it is believed he was held, to the Irish coast. From there he fled to Britain and took up religious studies, after a second revelation, this time an angel, tells him to return to Ireland as a missionary. Religious training takes up the next fifteen years of his life and after his ordination as a priest, he was indeed sent back to Ireland with a duel mission-to minister to Christians already living in Ireland and to convert the Irish.

Being already familiar with the Irish language and culture, Patrick chose to incorporate traditional ritual into his lessons of Christianity instead of attempting to eradicate native Irish beliefs.

He advocated the use of bonfires to celebrate Easter, as the Irish were used to honouring their gods with fire. He also inadvertently invented the Â“Celtic CrossÂ” by superimposing a sun (another powerful Irish pagan symbol) onto the Christian cross.

This was done so that the veneration of the symbol would seem more natural to the Irish, whom at the time of PatrickÂ’s early teaching, still practiced a nature-based pagan religion.

The Irish culture centred around, and to a large extent still does, a rich tradition of oral legend and myth. When this is considered, it is no surprise that the story of PatrickÂ’s life became exaggerated over the centuries; spinning exiting tales to remember history, has always been a part of the Irish way of life.

St PatrickÂ’s Day is celebrated on March 17th, his religious feast day and the anniversary of his death, in the 5th century. The Irish have observed this day as a religious holiday for 1000Â’s of years. Today, St PatrickÂ’s Day is a worldwide day of celebration and to some of those, of non-Irish descent, just an excuse for another party, but to the Irish St PatrickÂ’s Day is an important reminder of the struggle of their ancestors to keep the superb heritage and culture of Ireland alive. 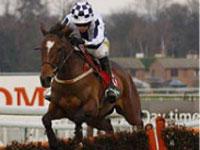 Cheltenham comes to Spain
From Tuesday 14th March until Friday 17th March, enjoy all the thrill and excitement of the Cheltenham Festival. Cortijo Los Canos is recreating the Cheltenham National Hunt Festival and looks set to host the most authentic event of its kind outside Cheltenham itself.
Love is in the air