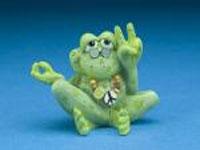 Why place recycling bins in the centre of town, where parking is a serious problem? 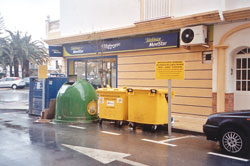 Last year one street in Sabinilla received four new recycling bins, a very good idea on the face of it. We have all been told of the damage we are doing to our planet and recycling is one way of doing our bit.

But Sabinilla has a parking problem as it is, so these bins are taking up two valuable spaces, yet again, this has to be weighed against the fact that recycling bins, as well as helping to save the planet, need to be placed somewhere with easy access to the public.

So wheres the problem? In spite of the bins being clearly marked glass, plastic or paper waste (with pictures, so you dont even need to speak Spanish) and various threats against using the bins for general household waste, these Eco friendly bins are becoming a health hazard! 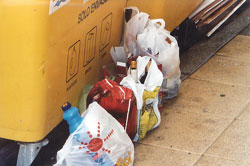 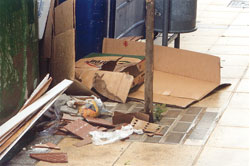 The council supplied household waste bins are located a mere 100 yards away from the recycling bins, but for some people the extra walk is proving too much and they are electing to dump household rubbish in, or indeed, all around the recycling bins.

This is not only causing a terrible smell and an eye sore, but I have seen at least one rat using the place as a restaurant.

Why then werent the bins placed in the same location as the household refuse bins? This would not only have lessened the chances of people using the recycling bins for household waste , but also have left an extra two parking spaces in a street that is painfully short of somewhere for the residents to leave their cars.

In other locations, recycling bins are usually found on industrial estates or outside major supermarkets and this works very well, but yet again Sabinillas has decided to do things differently and yet again to the detriment of its residents. 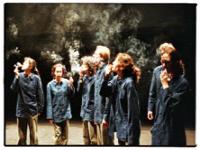 Smoking Ban, News on Tourism & the Mayor of Marbella refuses to pay her bill.
A few items of news to keep you interested.
New Imperial showroom