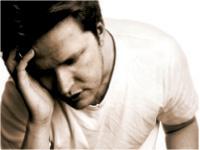 This month Dr Borsani deals with the sometimes Â“TabooÂ” subject of cancer and identifies some of the ways to help prevent the onset.

The prevention of cancer, which can be dangerous for our bodies, is as important as the cure. Various kinds of cancer can be recognised and so avoided following a simple prevention plan, unfortunately it is not those things that seem to be comfortable or nice (depending on the point of view) that are healthy, but it is correct to inform patients of the various risks life brings.

The primary goal of prevention in medicine is to prolong life, to decrease morbidity and to improve the quality of life, to reach this the doctor has to work in partnership with his patients and also he must assume the critical role of educator and interpreter of divergent recommendation for promoting health.

PRIMARY PREVENTION
Tobacco
Cigarette smoking, (this will be banned from the new year in public places including Spain) is the most important preventable cause of cancer, especially of the lung.

It is responsible for more than 400.000 deaths each year and with an estimated annual cost to society of around 50 billion dollars.

Most adult smokers acquire their habit as teenagers, and primary efforts to discourage initial tobacco use must engage a younger audience, however, smoking cessation extends life, even in individuals who quit after age 65.

Ray exposure
Primary prevention of skin cancer consists of restricting exposure to ultraviolet light by wearing appropriate clothing and use of sunscreens.

Exercise
Regular physical exercise and avoidance of obesity have been associated with lower rates of breast and colon cancer. Dietary factors and the lack of sufficient physical activity are the second most important contributors to preventable deaths.

Alcohol
An argument apart has to be dedicated to alcohol; a recent study has shown how hepatic and gastroenterological cancer increase with an important intake of alcohol, and, another American study, has shown that the incidence of mortality due to hyperalcholism is far superior to any other disease like heart failure or aids.

Approximately two-thirds of over 18 year olds are regular users of alcohol, and the lifetime prevalence of alcoholism is estimated between 12% and 16 %.

As for the connection with cigarette use, clinician identification and counselling about alcoholism may improve the chance of recovery from smoking in 10% of the population.

Shaping up
After the excesses of Christmas, it's time to shape up and get fit for the new year.Web Express Guide covers all things physical this month.
Cool as a cucumber

A New Year a New You.