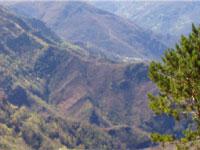 Is building your own home still a good option to ownership?

With property prices in Spain still continuing to rise and banks openly stating that Spanish property is overvalued by more then 50%, increasing numbers of people are electing to buy land and build their own property.

Good idea? The belief is that by so doing you will get more land, a bigger property and all for less money. Unfortunately, whilst traditional builders are reaping the rewards of their constant price hikes, people with land for sale have started to recognise this trend, with the outcome that land prices have started to rise.

However for some, the bridge in prices between self build and buying off plan, still offer enough financial difference to make this option viable. Although if you want a property very close to the coast you will be unlikely to find land at a price which is affordable or in any great quantity, it may therefore be to your benefit financially to venture in land a little.

Despite the fact that the Spanish property market is something that is calculated to increase the wealth of builders and developers, with buyers often treated as an interruption to their work, instead of the reason for it. Profits made by owners have traditionally been good, if not spectacular, despite the high rate of capital gains tax which accrues on the sale of any Spanish property.

Many have purchased property simply as an investment, letting or living in it for a year or so, then taking a profit. In Spain, buying land is just as capable of causing you problems as buying anything else.

Buy land carefully and dont rely on gathering intelligence from the vendor, after all they are only going to tell you what you want to hear.
Many buy land and do nothing with it for a while, after a period they build a house on it, which immediately raises the value of the land considerably, a precedence having been set for planning purposes.

It is generally accepted that before building can commence, planning permission is required. This said, some regions deliberately encourage planning to be ignored, an example can be found in some parts of Almeria, where the authorities want foreigners to settle and encourage this to happen by removing most, if not all obstacles from their path.

In this region it is quite normal to purchase land which has not been urbanized, build a property and then apply for the title deeds retrospectively when the authorities have urbanized the land. Before committing to buy, do find a good Spanish lawyer, this is very important, even more so then buying just a property, because the lawyer will help you check the land use status, sort out the taxes, get a building permit and contract the builder, all of which are vital steps towards building your Spanish home.

Find out whether the land you want to buy has got, or will be given building permission (permiso, licencia de obra) from the local town hall. Building permits cost about 4% of the estimated construction costs, depending on the figure set by the local Spanish authorities. To find this out, your lawyer will need to go on your behalf or with you to the urbanismo department of your local town hall to have a look at the plan general de ordenacion Urbana which will state whether or not the plot you wish to buy has any building restrictions.

Getting the plot surveyed is also important; to measure the exact number of square metres, to make sure the official measures and boundaries match that of your own land survey. The registro de la propiedad will tell you if the seller of the land is the sole owner, it is not uncommon in Spain for ownership of land to have been inherited by several people. In short, the difference in price between self build and buying off plan has narrowed considerably over the years, but the attractions of owning a larger piece of land for the money, for some outweigh the legal twists and turns. 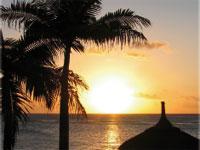 Property News: Fractional Ownershp
A good stepping stone to owning a home in the sun, but is it right for you?
King Canute?