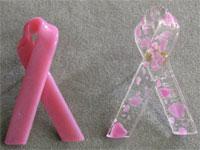 DR Borsani tells us of the importance of regular self examination.

Aside from skin cancer, the breast is the most common site of cancer in women, and cancer of the breast is second only to lung cancer as a cause of death among women.

The mean and median age of women with breast cancer is between 60 and 61 years and Women whose mothers or sisters had breast cancer are three to four times more likely to develop the disease.

The risk is further increased in patients whose mothers or sisters breast cancers occurred before menopause or was a bilateral cancer.
Also risk is high in those women with a family history of breast cancer in two or more first-degree relatives.

Nulliparous (no children) women and women whose first full-term pregnancy was after age 35 have a 1. 5 time higher incidence or risk of breast cancer than multiparous (with children) women.

Fibrocystic disease (benign pathology of the breast) when accompanied by proliferate changes in the cells is associated with an increased incidence.

A woman who has had cancer in one breast is at increased risk of developing cancer in the other breast. Such women develop a controlateral cancer at the rate of 1% or 2% per year.

For all these reasons and also in order to detect at an early stage, a mass screening program consisting of physical and mammography examination of the breast of asymptomatic women is conducted and has, become a must all over Europe.

Detecting breast cancer before it has spread to the auxiliary nodes greatly increases the chance of survival, and about 85% of such women will survive for at least 5 years.

More important is that all women over the age of 20 should be advised and taught to examine their breasts monthly.

Pre menopausal women should perform the examination 7-8 days after the menstrual period. The breast should be inspected initially while standing before a mirror with the hands at the sides, overhead, and pressed firmly on the hips to contract the pectoralis muscles. Masses, asymmetry of breasts, and slight dimpling of the skin may become apparent as the result of these manoeuvres.

Next, in a supine position, each breast should be carefully palpated with the fingers of the opposite hand. Some women may discover small breast lumps more readily when their skin is moist while bathing or showering.

The presenting complaint in about 70% of patients with breast cancer is a lump (usually painless) in the breast. About 90 % of breast masses are discovered by the patient herself.

From all this information I hope it is quite clear how important it is for a woman not only to self exanimate herself but also to participate at all the screening programs that are conducted in the area where they live. 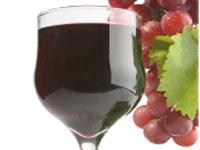