The benefits of having a Spanish Will

The benefits of having a Spanish Will are tremendous, it saves a huge amount of time, can be used as a tool to reduce taxes and it is less expensive for the beneficiaries than executing an English or foreign will.

In the next five years at least 200,000 families from other parts of Europe are expected to buy homes in the province of Malaga, initially just for visits but eventually following in the footsteps of the 65,000 foreigners already living here and settling on a permanent basis. When they die, most will leave assets in Spain that will need to be transferred to their heirs.

The detailed procedures to be followed will depend upon whether or not the person who has died made a valid will, either in Spain or anywhere else. A will made abroad can cover the Spanish assets. However, because the Will is drawn up in a foreign country and under a foreign law, it inexorably leads to a very costly and time consuming exercise.

While Spaniards must follow the Spanish civil rules for disposing of their assets, foreigners are free to dispose of their Spanish possessions as long as they made a will in accordance with their own national law.

If there is no will, and the person is resident in Spain or even in another country, the Spanish succession law may apply or it may result in a legal conflict which would only be resolved by the rules of international private law.

Spanish law provides for only limited freedom of testamentary disposition. A person making a Will can say what he/she wishes in it, but certain groups of people - mainly the husband/wife and children - have priority rights (Legitima) which, if not reflected in the Will, can allow them to challenge it. In a typical case of a man with a wife and children the man will only have total freedom to dispose of one third of his estate. One third must pass to his children equally. The second third is subject to an automatic life interest in favour of his wife and can also only be distributed, after her death, amongst his children - but in such proportions as he thinks fit.

Next month:  In the second part of this two part article, Maria Luisa Blanco explains how to go about making a will. 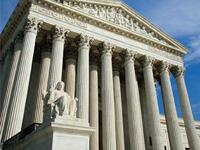 The Role of Spanish Public Notaries
The notary is one of the key figures of traditional Spanish society, along with other notables, such as the doctor and the priest. They do much more than just verify signatures and therefore, have a more elevated role than in the UK or USA.
Why do you need a Spanish Lawyer?