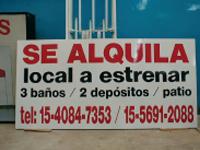 Income down, rents up?

This article was sent by H. Cordell, who runs a business from a 45 m2 office premises on the Costa del Sol. He asked us to publish it because he feels that new foreign residents arrivals are too willing to pay over the odds, thus encouraging exploitation

I know how hard I have to work to earn enough to pay salaries, expenses, taxes and rent before I can pay myself, so, what does not seem to make sense, is how so many Spanish businesses manage to pay their costs, including rent when hardly doing any business at all.

It is quite normal that prices go up marginally each year to keep up with higher living costs, so when it came to renewing our yearly rental agreement, we did not expect a rise of 300 to 750 per month, that is as much as 67%, not after 5 years of marginal increases.

We were horrified and argued, but the landlords reply was that he had been criticized by his friends and neighbours for charging us so little rent so far because all rents being charged for shop premises were at that level and even higher.

We argued that we are not a retail shop, that the contract limits us to office use, that the premises are not in a good position and further more that there is a full blown economic crisis that hardly justifies the demand.

My observations are that, while it is true that the rents being charged these days are at that level, it is also true that they are being paid by businesses conducted by foreign residents who willingly confirm how much it costs them. Spanish business persons are not too keen to volunteer the same information and, judging by the low level of their turnover, they could not possibly afford such rents and other costs.

Any way, why should rents have gone up so much with so many empty units still available and others being built?

Is this a case of double standard on the part of the local Spanish? Or is it a case that we, the foreign residents have spoilt the natives and showed them willingness to pay stupid prices?

One thing is certain, the Spanish seem to support and back each other and manage to have a price for them and one for us, it is time that us guiris learnt a lesson from this and start act in unison against such predators instead of against each other.

I refused the increase, called the bluff and proved my `point with a lawyer, but it would have been so much easier if we all acted the same way and even better in unison. 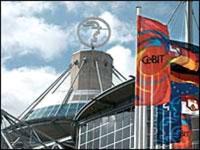 Hi - Tech Fair
Cebit, the worlds largest hi-tech fair, has opened its doors in Hanover for a look at the latest technologies for homes and businesses..
STARFLY: they are from Sabinillas!

Paint your own pottery at "Fired for You"

At last, an employment agency on the Costa!