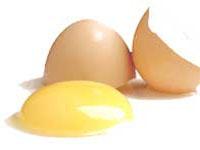 Food poisoning ranks second only to acute upper respiratory pathology, as being the most common disease worldwide. The term Â“food poisoningÂ” denotes diseases caused by toxins present in foods consumed.

When the incubation period is short (1 to 6 hours after consumption) the toxin is usually pre-formed and present in the contaminated food, in such cases vomiting is usually a major complaint and fever is normally absent.

When the incubation period is longer (between 8 and 16 hours) the organism is present in the food and it produces toxin after being ingested. Vomiting becomes less prominent; abdominal cramps are frequent and fever is normally present.

Acute diarrhoea is present in both cases; clinically, patients can have frequent and even eventual bloody stools (even in small volumes), abdominal cramps, a desire to empty oneself often, and faecal urgency.
If fever is present, the suspect bacteria E. coli or salmonella could be involved and in such cases early diagnosis is of primary importance.

Whenever a person travels from one country to another, particularly if the change involves a marked difference in climate, social conditions, sanitation standards and facilities, Diarrhoea is likely to develop within 2 and 10 days.

In over 90% of patients the illness is mild and self-limited, responding within 5 days to simple re-hydration therapy and anti-diarrhoea agents. In such cases, diagnostic investigation is unnecessary.
However, prompt medical investigation is indicated whenever there are signs of inflammatory diarrhoea, manifesting itself in any of the following way:

This is particularly so in the case of frail, older patients and immuno- compromised patients.

When a doctor performs a physical examination, he also takes into account the possibility that the reason for abdominal tenderness could be peritonitis, in which case hospitalization is required, especially when dehydration is severe.  A stool specimen should be sent for examination in order to identify the micro organism involved.

As said before, most mild diarrhoea will not lead to dehydration, provided that the patient takes adequate oral fluids containing carbohydrates and electrolytes. It is very important to rest the bowel by avoiding high-fibre foods, fats, milk products, caffeine and alcohol. Frequent feeding of fruit drinks, tea, flat carbonated beverages, and soft, easily digested food (soups, crackers and so on) are highly recommended.

Anti-diarrhoea agents may be used safely in mild to moderate illnesses to improve patient comfort. In any other more severe cases, it is absolutely essential to contact a doctor. 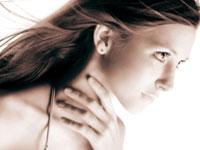 Asthma and how osteopathy can help.
Osteopath Paul Knight explains that Asthma is a chronic inflammatory condition with acute exacerbations that can be life threatening if not properly managed.
The Chinese Remedy. You can be a Doctor!