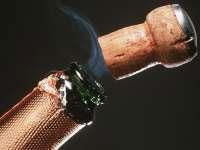 Although traditionally the drink of celebrations, Champagne can be enjoyed anytime. With a rich and diverse history is it any wonder this French classic still enjoys its place at the top table? Steve Bannell gives us some fascinating facts.

La Champagne is a region of timeless beauty, the name derives from the old Latin Â“CampaniaÂ” or field, in the old French this became Champaign and today Champagne. Viticulture is documented in the Marne as early as 79AD, but fossil evidence exists showing that wild vines flourished naturally in that area around Epernay over one million years ago.

As well as developing the vineyards, the Romans also quarried the chalky hillsides around Epernay up to 3000 Ft deep, these chalk pits are called Crayers and have since become cellars for millions of bottles of Champagne.

Until the later half of the 17th century, the Â“StillÂ” wines of Champagne were rivaled only by those of Burgundy, the other proponent of the Pinot Noir grape. Throughout the 1600Â’s a paper and ink war, in Latin prose and verse ensued between Champagne and Burgundy, the battles, whose champions were doctors and poets, centred on the respective taste and natural wholesomeness of the wine.

Although the red wines of Champagne had been known in England for some time, the new Â“Vin GrisÂ” was only introduced there in the early 1660Â’s.

Disgraced courtier to Louis XIV, M. De Saint-Evremond, fled to London, quickly establishing himself as an English society arbiter of fashion. Saint-Evremond loved the wines of Champagne above all others and procured modest shipments of the wine, which became instantly popular.

It is from this period that the first accounts of Sparkling Champagne wines are to be found. These early Sparkling wines were the result of an accident.

Most Â“Vin GrisÂ” in France is drunk young; but when shipped abroad in cask, the warm spring weather frequently set off a secondary fermentation, still underway when the wines arrived.

Through trade with Spain and Portugal, the cork stopper was already in common use in England for Ales, an advantage the landlocked provinces of France did not yet enjoy. These delicate new wines were bottled immediately upon their arrival and retained, in more or less haphazard fashion a lively sparkle. The phenomenon aroused considerable academic and commercial interest on the part of the Champenois.

The first successful deliberate methods of capturing the Â“MousseÂ” in the bottle were due to the combined efforts of the monastic orders of Pierry and Epenay; under the inspired direction of their respective cellar masters, Frere Jean Oudart and Dom Pierre Perignon. The two abbeys were barely two miles apart and it is likely that these two contemporaries consulted each other.

The next landmark discovery was made in 1836, a pharmacist from Chalons-sur-Marne published a treatise on bottle fermentation, in which he describes a method for measuring the residual sugar in wine, and this became known as the Â“Reduction FrancoisÂ” after its inventor. It was already known that riper, sweeter grapes produced higher levels of alcohol and Carbon Dioxide in wine; but the Â“FrancoisÂ” method made it possible to determine exactly how much additional sugar was needed to produce a specific volume of Carbon Dioxide in the wine and the corresponding atmospheric pressure within the bottle.

After the 1840Â’s Â“StillÂ” wine production in Champagne virtually disappeared in favour of the sparkling wines. The First World War and prohibition were disastrous times for Champagne, vineyards became battlefields, cellars were emptied, export markets evaporated and economic depression left few buyers of luxury goods. One major market for Champagne had been Imperial Russia and of course after the revolution in 1917 that market also disappeared.

Again in world war two, the vineyards once again became battlefields and France itself was occupied by the Nazis. It is only since the end of world war two that Champagne has so spectacularly rebuilt itself, in 1941 the Â“Comite Interprofessionnel Du Vin De ChampagneÂ” was legally established and has since contributed not only to administering production regulations in Champagne, but to promoting the wines throughout the world. The CIVC also has a team of lawyers protecting the name of Champagne.

Only real Champagne comes from Champagne and is entitled to use the name; anything else is merely sparkling wine; so, if the occasion calls for it, spend a little extra and buy a bottle of history! 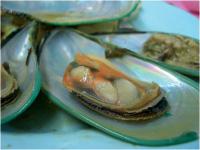 An "r" in the month
With flavours that range from bland to salty, these plump mineral rich Â“BivalvesÂ” are a gourmetÂ’s delight.
Traditional Christmas Goose