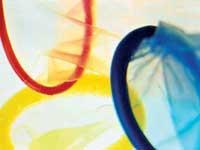 There are some infectious diseases that are frequently transmitted by sexual contact.

Such diseases can be bacteria or virus based and they are known as:

All sexually transmitted diseases have sub clinical or latent phases that play an important role in long term persistence of the infection or in its transmission from infected persons to other contacts.
Laboratory examinations are of particular importance in the diagnosis of the types of symptoms in patients that suspect such infections. The analysis should be repeated after 3 months, even if the first test comes back negative, because in some cases, such as "Syphilis", the siero conversion can be delayed.

Simultaneous infections due to several different agents are also a common occurrence and, as a rule, sexual partners should be treated simultaneously to avoid re-infection which can repeat itself again and again.
Certain STD's such as "Syphilis", "Gonorrhoea" and "HIV Positive" are most concentrated within core populations that have a high rate of partner changes, concurrent partners or dense sexual networks such as prostitutes and their clients, running along side illicit drug use.  There are too many and different "STD" syndromes to be able to cover them all in a single article such as this, however it is very important to underline how the symptoms and the signs rate with the comparative risk factors.
The most common pathology to be seen in males is that "Urethritis" is very frequent and in females "cervicitis" is frequent, especially if there is a discharge present.
When a male notices a discharge or pus from his genital area or a rash - genital sores become apparent - and, in the case of a female, vaginal discharge including odour, a rash, itching, then a visit to the doctor is a must to find out exactly what kind of disease he or she may have and how to treat it as rapidly as possible.
Evidently, the most important factor to avoid catching a "STD" is to use protection such as the use of condoms; a good hygiene regime is also essential. The public must learn to use protection when they have sexual intercourse with a partner who could put them at risk, as the consequences can be seriously health threatening.
Obviously the risk is among teenagers, embarrassment and naivety can often lead to catching "STD" and not getting it treated. It is recommended that youngsters and young adults consult their doctors and routinely have "STD" check ups. 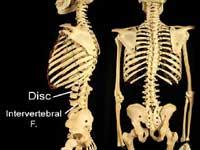 The vertebral column
The spine is the mains structure supporting our body.
A word about Acne

How posture and ergonomics can help neck pain

Functional disorders of the pelvic floor.