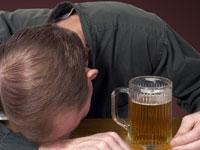 Like any drug or artificial stimulants, alcohol can ruin the lives of the weak willed.

A cluster of physiological, behavioral and cognitive phenomena in which the use of alcohol takes on a much higher priority for a given individual then other behaviors that once had greater value. A central descriptive characteristic of the dependence syndrome is the desire (often strong, sometimes overpowering) to take alcohol.

There may be evidence that return to alcohol use after a period of abstinence leads to a more rapid reappearance of other features of the syndrome than occurs with non-dependant individuals.

Diagnostic guidelines
A definite diagnosis of dependence should usually be made if three or more of the following have been experienced or exhibited at some time during the previous year.

Narrowing of the personal repertoire of patterns of alcohol use, has been described as a characteristic feature (e.g. a tendency to drink alcoholic drinks in the same way on weekdays and weekends , regardless of social constraints that determine appropriate drinking behaviour).

It is an essential characteristic of the dependence syndrome, that either alcohol taking or a desire to take alcohol should be present; the subjective awareness of compulsion to use alcohol is most commonly seen during attempts to stop or control its use. 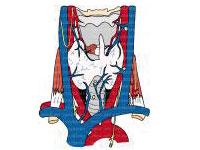 Cool as a cucumber