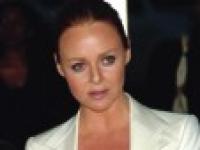 The Prickly Pair explain what it takes to be in the public eye.

Thank God Football is finally over, well for a few weeks anyway. I reckon that instead of Nelson Mandela in the Park, England would have had more of a chance if they had him on the pitch. Honestly! And itĀ’s not just football. Lewis Hamilton turns into the back of another racing driver; our cricket team lose out to New Zealand; it looks as if all our hopes are pinned on our Tennis Heroes again, and yet again they will probably come to nowhere.

When will the British public realise that English sportsmen are c--p and quite frankly an embarrassment, along with MPs?

Pop Stars? OK, I admit they are probably the best in the world, but whatĀ’s with all that Ā“primadonnaĀ” attitude? If itĀ’s all too much they should just give it up.

What we have now is newspaper fame. Every singer, presenter, MP, kids of old singers, royals, you name them they want to be splashed across pages and pages of magazines and newspapers. Well why else would Valerie Singleton inform the world that she had a nose job at 22 to make her look like Audrey Hepburn? Excuse the obvious, Val darling, but for that you would have needed a head and a body transplant, letĀ’s face it  a nose job  and all the sticky back plastic in the world  would not change the fact that you were never a looker.

Fern Britten revealed she had a gastric band fitted after telling everybody she lost weight through dieting and exercise, now she is a broken woman as she says everybody has turned against her. May be she should have had the band fitted over her mouth! Never mind Fans of Fern she will probably get fat again and you will have your fat trustworthy jolly Fern back again (sad).

Then we have the spawns of the has beens. Trixix Dixy, or whatever her name is, and her equally pathetic sisters who are famous for being well in the papers.

Then there is Stella McCartney, famous for being Paul McCartneyĀ’s daughter and pretending to be a fashion designer. WhatĀ’s her brand called? Friends of Stella?  Her friends seem to be the only ones that buy a token garment here and there just to keep her happy. What about Jade Jagger, selling jewellery, I suppose, to her friends.

And when they are not in the papers they write their own books. Their last resort is to get married and hope to get splashed across the tabloids in their so private wedding. When that donĀ’t keep them in the public eye they could try buying a baby or two and then split up, all in public of course.

I think a more popular option for viewers would be Ā“they are ex celebrities, phone in to leave them thereĀ”. You are probably getting ripped off on the cost of your phone call so at least get something out of it until you own 15 minutes of fame comes along.

Was it Peace on Earth or Living Hell?
The Prickly Pair give us a few hints to make next Christmas a much better one.
Prickly Solutions!

It's a Fat lazy summer say The Prickly Pair

HellĀ’s Belles, Posh or not?