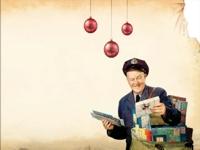 Memories of Christmas Past

We were having a conversation here in the office the other day about Christmas times long gone when we were children. We wondered just how much todays children could be missing out on the connectivity of family and friends during those times.

For example, can you imagine a world without Computers, Mobile Phones, Game Consoles. What about a world where less than half of the population have access to a television set?. About the same amount of people had a car or a telephone and
youre somewhere near the mark of the 1950s/60s.

Remember as well a Nation still buying rationed food and of course kids could still get six of the best from the Headmaster at School if they werent up to scratch with their maths. Christmas time was for the most part much the same as now except for a few important things.

The family arrived by public transport not always by car. Christmas cards were sent to let friends and family know you genuinely remembered them and usually sent with a note attached with news about the local family and area.

On Christmas eve people would gather at a family members house probably grandma's where an open fire would be burning wildly in the hearth and the smell of mince pies would engulf our senses as we walked in the door. There would be real holly and ivy decorating the walls and a proper Christmas tree adorned with all sorts of homemade treats. Real candles twinkling in the branches. I suspect the fire brigade may have been busier in those days.

As the evening wore on we would stand around the piano and attempt to sing some traditional carols. Presents would be strewn around the base of the Christmas tree all wrapped up in wonderful papers and tissue with hand made ribbons adorning the corners.

Children full of wonder at what might be in them and what one would find out the next morning. No doubt it would be the first time that year that the children had longed to go to bed and not have to have been coaxed.

The morning would come and here is where there are so many more differences. Rupert the bear annual and a Meccano set were the order of the day for the boys and the girls would probably have a Bunty annual and some girly things like hair grooming set or some pretend cosmetics. 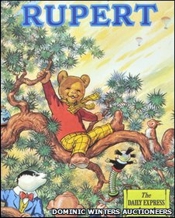 Christmas Day has remained much the same as far as the food we now eat. Perhaps the big difference would be that the vegetables would have most likely come from the garden and not the local supermarket.

The mince pies, sweets and preserves would have been homemade and proudly set out by the Ladies of the household.

For entertainment there was the television with the Christmas specials. The Bing Crosby Show,
the Perry Como Show, the Andy Williams Show all from the USA and Tony Hancock, Cliff Richard and various specials from the UK.

Always the odd cartoon slipped in for good measure. There was always the party games and what fun could be had watching Aunty Maud making a bit of a fool of herself trying to play charades and gyrating all over the place miming some title whilst everyone fell about laughing. The Queens speech was a very important part of the day and Christmas dinner had to be all finished before her Majestys talk to the nation.

We cannot change the fact that times move on and life and society will change and of course it should. Perhaps remembering our childhood Christmases with some nostalgia is a good thing and will allow us to remember the most important people at Christmas are the ones less fortunate than ourselves.

As a thought.Just how many families will get through this Christmas Day without the use of a television on constantly, using a text message service or spending at least some time with a PC?

A few Christmas facts for you. 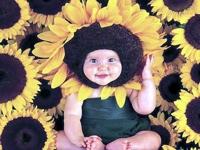 Positive Spring
At last, Spring is in the air. I love spring and quite frankly it has been such a chilly winter and although we have not had lots of rain it seems that this winter has been longer than usual.
Convert your photos to paintings on Canvas