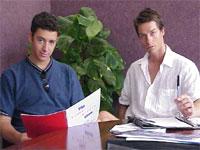 This month we bring you an interview with Christopher Lawton and Darryn W. Welch, respectively, the producer and the director of the Ā“SUMMER BREEZE SHOWĀ”, due to be filmed on the Coast during this summer.

Q. First of all tell me, what is VTV exactly?

A. Versatile Television is what it stands for. A subsidiary of Marbellalife Producciones Cinematograficas S.L., The production company. VTV developed its Internet angle as we set up Marbellalife.com and discovered that the necessity for video tour guides on the Net and how successful these became. VTV itself, has been on the Coast for over 15 years and has built up an extensive network with both local influence and industry professionals, which permits us to access a lot of areas that other production companies on the Coast are simply unable to do.

A. It is a concept based around the Costa del Sol, its main tourist attractions and the influential residents that make Ā“MarbellaĀ” such a hot destination every summer. The crew is led by three presenters, Isabelle, Mikaela and our host Damian. The girls are top Swedish models and celebs up there. Damian, a loud Northerner, has been involved with documentary and theatrical acting. Teaming up this threesome  gives  the show a certain daring, controversial and ...sexy style. We are setting  out to undress the night scene, to hit the beach parties with DjĀ’s, (Moody Club), to follow some interesting residents throughout the 8 weeks that we are filming and generally open some doors to places that others can only imagine

Q. Does it mean it is dedicated to Marbella?

A. No, not at all. It is dedicated to the Costa and wherever the excitement is. We are hitting places like Benalmadena, Torremolinos, Puerto Banus etc. We are trying to get a total balance from the exclusive to the dodgiest dives around, but keeping Marbella as the heart of the show.

Q. When will  you start the shoot?

A. We begin filming in mid June, to start getting out team warmed up; early July is when weĀ’ll hit the scene hard. We have plenty of New Club Launches and private parties to visit before that date, though from then till end of August weĀ’ll be having our prints

Q. The object of a show is to get it seen. Where and when will it be performed?

A. We are currently talking figures with cable and satellite stations, Rapture TV and SkyOne. This is perfect material for them. Very much in the style of  MTV  walk-abouts, but  giving it that sexy and real life of SKY. We believe it will be aired at the end of the year, although prior to that, trailers will be out on the Internet to warm up those anticipating its release. It is part of our marketing strategy.

Q. Do you mean that your marketing will be done through the Internet?

A. What we mean is that the Internet will figure highly within our marketing mix. Not only will it be possible to see trailers and clips, we also intend to display the process of our shooting through the Net and keep it up to date. Those that are interested will follow our progress and see how it happens, behind the scenes as well as the real footage.

Q This is very interesting, but it does mean that people will know where you are and may well  flock to the scene.
A. ThatĀ’s right! . It is exactly what we want. Our marketing and advertising for the show now is purely to build up local interest and awareness so that when we are out on a shoot, heads will turn and recognise who we are and will want to participate. Doing it through the Net like this is a great benefit because we shall be able to receive a lot of feedback from the audience and at the same time, our networkers in the UK will  keep up to date with us,  it is not just entertaining, but also very cost effective.

Q. I am certainly looking forward to seeing this on the Net. Is there any special message you would like to pass on to our readers?

A. Yes. Ā“DonĀ’t miss out, get involved! YouĀ’ll be streamed internationally with the hottest event this summer. Check us out at www.versatiletv.com or www.thebreezeshow.com. Get ready....itĀ’s gonna be a Hot Summer!Ā”!

Thank you both for your co-operation. 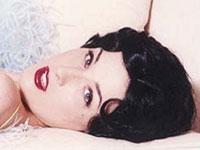