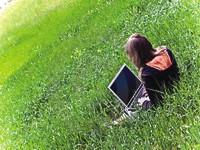 The mobile broadband market is a gold-rush at present.

A new study shows more than one-fifth of people accessing the web have done so with a mobile phone and one in 10 regularly get online via a 'dongle' or data card connected to a laptop.

Of those, a third connect their computers to the internet solely through the mobile network.

The survey, carried out by polling firm YouGov, found that the mobile internet is most popular among younger users such as students and other "highly mobile" people.

Mobile broadband suits surfers who don't want to be tied into a fixed-line contract. As prices for the service have dropped and connection speeds have increased, its popularity has grown.

"The mobile broadband market is a gold-rush at present," said Marek Vaygelt of YouGov.

However, like many fixed-line customers, mobile surfers are not entirely satisfied with their service. Only one quarter of those with mobile broadband deals gave their providers a rating of eight out of 10 or higher.

The mobile industry has admitted it has yet to develop enough affordable price plans to help keep charges down. Just one session surfing the web on your phone could cost you more than a month's browsing on your home computer.

The problem has been exacerbated by the swathe of new high-tech phones with full internet browsing facilities that tempt you into parting with your cash.

3, the company which launched Britain's first 3G network, now says it is going to make the mobile internet more interesting.
It is launching a partnership with internet firms including Skype, Google and eBay.

The promise is that users will be able to make free internet phone calls, watch their home television on their phone and tap into their home computers on the move.

The price for all these services will be a flat-rate monthly fee. 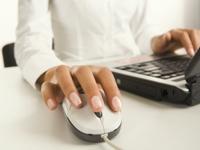 Who are you kidding?
The important is not to know everything, but to know where to find the answer. There is a difference between visitors and unique visitors.
Safety Nets