Another couple of absolutely epic games that are guaranteed to impress gamers:Tom ClancyÂ’s The Division 2 & SEKIRO Shadows Die Twice (Click on the images to view game) 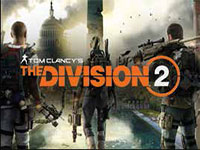 Played from a third-person perspective, the game takes place in Washington D.C. 7 months after its predecessor, in which a civil war between survivors and villainous bands of marauders breaks out. In the game, players can cooperate with each other to complete objectives. The game will also feature raids, which can be completed by up to 8 players. 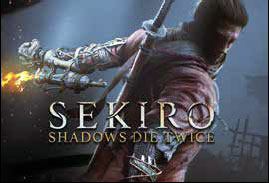 The game takes place in a reimagined late 16th century Sengoku period Japan. In it, the player takes control of a shinobi who was left for dead after his lord was kidnapped and his arm severed by a leading samurai of the Ashina clan. The shinobi awakens to find that his missing arm has been replaced with a prosthetic by a mysterious busshi who dubs him Sekiro, or “the one-armed wolf”.
Armed with a katana and the prosthetic, which allows for various tools and gadgets to be installed on it, he sets out to rescue his lord and get revenge.

Hot Games
Another couple of absolutely epic games that are guaranteed to impress gamers:FARCRY NEW DAWN & DIRT RALLY 2.0 (Click on the images to view game)
The Original BB Concierge