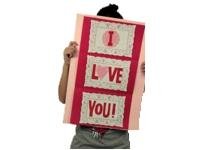 What has love got to do with it?

February 14th is when lovers exchange gifts in the name of St. Valentine, but what has a saint got to do with a pagan celebration?

Al Capone chose the 14th of February 1929 to carry out the famous execution of his competing gang members. It was certainly not a favourable expression of love or romancing and the day has been known since as The Saint Valentines Day Massacre.

The history of St Valentines Day and its patron saint is shrouded in mystery, but we do know that February has long been a
month of romance.

St Valentines day as we know it, still contains vestiges of both Christian and roman traditions. For eight hundred years prior to the establishment of St Valentines Day, the Romans had celebrated a pagan festival in mid February commemorating a young mans rite of passage to the god Lupercus.

The celebration featured a Lottery in which young men would draw the names of teenage girls from a box. The girl assigned to each young man in that manner, would become his sexual companion for that year.

In an effort to turn people away from the old pagan rites Pope Gelasius ordered a change in the rules of the Lottery and instead of the names of maidens being drawn from the box the names of saints were substituted, women were allowed to enter the draw as well as men and the object was to emulate the ways of the selected saint throughout the year.

Instead of the pagan god Lupercus, the church looked for a suitable patron saint of love to take his place. They found an appropriate choice in Valentine, who in AD 270 had been beheaded by Emperor Claudius II. So who was St Valentine and how did he become associated with this ancient rite? Today the Catholic Church recognizes at least three different saints named Valentine or Valentinus, all of whom were martyred.

One legend contends that Valentine was a priest who served during the third century in Rome. Emperor at that time, Claudius II decreed that single men made better warriors and with this thinking, outlawed marriage for young men. The injustice of this ruling forced Valentine to go against his emperor and perform marriages in secret for young soldiers and their sweethearts. The inevitable outcome was discovery and sentence to death.

Other legends suggest that Valentine was a champion of Christian prisoners suffering at the hands of harsh roman jailers, who would often torture or even beat inmates to death.

According to one legend St Valentine sent the first Valentine Card himself, the story goes, that whilst in prison Valentine fell in love with a young girl, thought to be the jailers daughter and sent her a letter signed Your Valentine the traditional greeting
still used to this day.

The truth or otherwise of the many legends surrounding this enigmatic Saint have faded into insignificance when compared to the need for a recognized symbol of love and a yearly excuse for lovers to express their feelings for each other.

There are varying ideas of what actually became of Valentine, some say he was beheaded whilst others contend that he became ill and died in prison.

In 1835 the remains, or what are believed to be the remains of St Valentine were given to an Irish priest named father John
Spratt by Pope Gregory XVI, after Spratt impressed the pope with his passionate preaching during a visit to Rome. The gift, in a black and gold casket, can still be viewed every St Valentines Day, at the Whitefriars church in Dublin.

The first true valentine card was sent by Charles Duke of Orleans to his wife in 1514, whilst he was imprisoned in the Tower of London. In England Valentines Day didnt become popular until around the seventeenth century, although by the middle of the eighteenth century it had become common for people of all social classes to send some small token of affection to a loved one.

These gifts would usually take the form of a hand written note, in which the recipient would be assured of the sincerest intentions of the sender. By the end of the century printed cards began to appear, due to the enormous advances in printing at that time. Ready made cards were an easy way for people to express their emotions at a time when strict moral standards made any form of affection difficult.

Today, somewhere in the region of 4 billion Dollars is spent on Valentine cards and associated gifts every year, proving that romance is still very much alive.

So I leave you with the words of Shakespeare; who, after all puts it better then anyone. 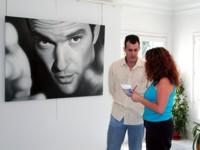 Daniel Rubio Painter
We are launching this new section with the introduction of this Spanish painter whose work is so realistic that it seems photographic.
The book is: Cat Sense

Wish you were here.