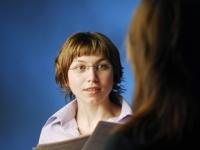 Offshore Funds and the Fear of the Taxman

Many expatriates have substantial funds invested offshore either through investment portfolios or bank deposits. There is nothing wrong or illegal in holding funds offshore and in general many advantages can be gained this way. While such investments have sometimes been disclosed to the relevant tax authorities, in many instances they have not.

Undisclosed funds are subjected to direct European Withholding Tax , presently 25% of any income being generated. This withholding tax will increase to 35% by 2011. To avoid the withholding tax, it is common practice for individuals to keep their funds either in a trust or in an offshore company.

However the taxman is very much aware of these methods and is now forcing offshore banks to disclose the true beneficial owners of assets. As has been seen over the last few years, the UK Inland Revenue has offered a form of amnesty to those individuals who have willingly disclosed previously undeclared assets. All the same, this has still resulted in substantial tax assessments and in some cases the tax payable has been greater than the value of the assets not previously disclosed.

All offshore banks with UK connections must hand over to the UK Inland Revenue full details of any individual holding funds or assets deposited with them. To make matters even worse, the German tax authorities are paying (bribing) bank employees large sums of money for disclosing details of individuals holding funds in the banks they are employed by. The most publicised of these being in Liechtenstein where details of over 3,000 individuals were purchased by the German tax authorities. In turn, they sold on to the UK Inland Revenue details of all the British named in these lists.

Legitimate and proven structures that have been approved by most European tax authorities can be used if the transfer of asset value is made in the correct manner. The funds would then benefit from fiscal advantages linked to personal income tax, capital gains and inheritance and gift tax in most European markets.

This information is given as general guidance only, for more accurate and personalized information it is advisable to contact Richard Alexander or an international tax specialist. 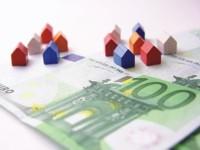 Overpayments of CGT by non resident property vendors.
Between 2003 and the end of 2006, UK citizens and other non resident EU citizens paid 35% Capital Gains Tax (CGT) when selling their property, whilst Spanish nationals only paid 15%.
Housing Market in Spain.

At long last! A mortgage advisersÂ’ regulatory body in Spain!