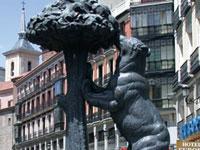 A few news topics for property owners or would be owners

Improvements to Andalucias Water service.
According to news released by Canal Sur onm the 5th March, the Junta de Andalucia will invest more than 100 million euros in the course of the next two years with the object to improving the water supply.

The Agreement signed on the 4th March in Granada, makes it an objective to ensure that by 2012 the whole of Andalucia will benefit from a daily supply of quality water and in sufficient quantity and, what is most important, at a similar price through out the region.

The agreement does also mention the recovery of rivers from pollution in order to improve the eco system in Andalucian towns.

About 90% of illegal buildings are not ordered to be demolished.
José Chamizo, the defender of the Pueblo Andaluz, and Jesús García Calderón, the fiscal executive of the Superior Tribunal of Justice, launched a hardened attack against the judges, the Junta, the notaries, property registers as well as water, telephone and electricity suppliers for their condescendence in respect of illegally built properties.

They have stated that in 90% of all cases taken to court and found guilty of building illegally no order is made for the demolition of the offending construction built on green land and no execution was made by the Councils or corresponding authorities in the cases when such orders were issued.

Chamizo further provided evidence to support that the 90% referred to represents some 1,100 illegal urbanizations and hundreds of thousands of marked plots that do not respect any regulation whatsoever.
Luis Carlos Rodríguez emphasized the perversity of the situation when the cost of the fine is calculated and included in value of the building.  In his opinion it is not a matter of adhering to the law but adhering to what most suits the local authorities.

The Fiscalía de la Audiencia Provincial de Santa Cruz de Tenerife have announced that they have started their legal action against 32 properties illegally built on the islands.

It is hoped that the Fiscalía de Medio Ambiente de Las Palmas will follow the lead and start action against another 50 illegally built properties Ander its jurisdiction.

It is said that there is no excuse and need cannot be used in the defence for villas and houses built on more than 150 square meters.

Smaller than agreed
According to a survey carried out by the Asociación de Defensa del Propietario de Vivienda, builders supplying new apartments, smaller than agreed, represented 44% of all building complaints made in 2004.  Most other complaints were about inappropriate provision of accessories (sanitation) and about difficult access to garage space also too small for practical purposes.

They now start talking of interest rises.
The Minister of Economy and Hacienda, Pedro Solbes, warned that borrowers with a variable rate of interest should bear in mind that this type of mortgage, currently at a very low rate of interest, can go up in future.

The report also states that in addition to higher prices, Madrilenians suffer from a lower purchasing power than Barcelonans because of lower income levels. 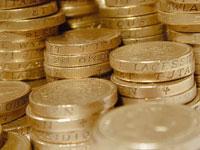 The Real Estate Sector is using new Marketing Techniques.
Published by El Mundo 28 - 01-2005 Carlos Uriarte, president of Proincasa, status that in the course of these last few years, the increase in competition within the property sector has been notable.
Property News