Web Express Guide reporter invited on board the Queen Mary 2 when it docked in Gibraltar.

Queen Elizabeth II formally named the ship on January 8 during a gala quayside ceremony. "I name this ship Queen Mary 2. May God bless her and all who sail in her" Her Majesty said. Upon her signal, a jeroboam of Veuve Cliquot Champagne crashed against the ship's starboard bow and the 2,000 invited guests broke into revelry, as ticker tapes showered in gaiety, into the rafters of a specially constructed, weather-proof grandstand.
In her inaugural year, Queen Mary 2 will sail 13 crossings between Europe and North America, as she assumes the scheduled ocean cruises previously assigned to the QE2, Cunard's transatlantic flagship.
On April 16, Queen Mary 2 will have made her inaugural westbound transatlantic crossing from Southampton to New York. The vessel will also introduce a series of Caribbean cruises from New York and Fort Lauderdale; a voyage to Rio de Janeiro and back, timed for the Carnival; five European itineraries and two fall foliage cruises, to ports in Canada and New England. Meanwhile, QE2 will continue to operate Cunard's annual World Cruise and will offer an exciting new series of Europe cruises from Southampton.

Queen Mary 2 features 10 dining venues with acclaimed Chef Daniel Boulud serving as Cunard's culinary advisor and Chef Todd English operating a Mediterranean specialty restaurant of the same name. The liner boasts of many pioneer features like, the only Canyon Ranch SpaClubÂ®, the world's first planetarium, the largest ballroom, the largest library and the largest wine collection, all of these said to be firsts at sea. It includes also a Veuve Clicquot Champagne Bar, a two-story theatre, a casino, five indoor and outdoor swimming pools, hot tubs, boutiques and children's facilities manned by British nannies.
Last month residents in Gibraltar had their first sighting of this impressive liner anchored in the bay. Passengers were taken by tender boats using the landing berth reserved for the Dolphin World boat. Specially invited by the management of The Dolphin World, a Web Express Guide photographer was taken on their boat, to snap some exclusive photographs of this historical moment. A timely display by the biggest pod of dolphins in playful antics, feasted our eyes, as if to show that they too had to  convey their grand and warm welcome to Queen Mary 2 in Gibraltar waters. 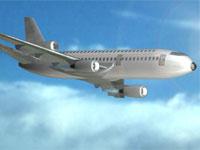 Travel, Travel, Toil and Trouble!
We find increasingly that if you are a member of a Travel Club there can be all sorts of perks and benefits, which of course with cheap fare airlines would be totally impossible.
The Caleta Hotel

A Brief Visit to Historical to Jerez de la Frontera

The height of Andalucian Summer