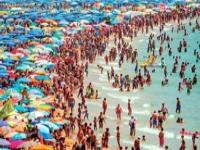 The travel industry is now the largest employer worldwide contributing some 6.4 trillion dollars to the worldÂ’s economy, but is it destroying our world as we know it. 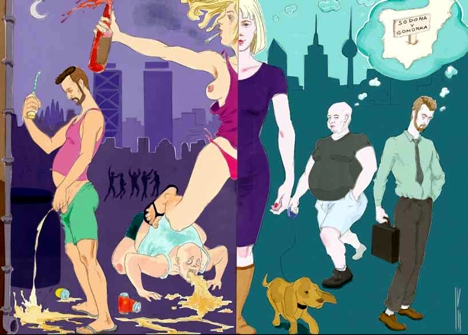 As soon as the travel season starts, it has become a standard practice to see local authorities boasting about the higher level of employment, followed by the news of greater unemployment claims at the end of the season.

The ever growing world’s population and its growing hunger for finding the ideal locations for a truly memorable break certainly helps to improve the economy of those places blessed by nature for their attraction but is there a price to pay? Left unchecked and without some sort of control the influx of people can also destroy what was attractive to start with.

The most recent example of this has been shown on the news following a short Italian video that went viral within hours about a tiny village in Switzerlad. The comparison of Lavertezzo in Switzerland, just one hour’s drive from Milan, to the Maldives, showing a magnificent canyon crossed with emerald waters and people
diving into it resulted in an unexpected influx of cars and visitors to the dismay of residents complaining that their beautiful valley was being turned into a an open air
toilet by tourists running semi-naked in the streets. Not to mention the amount of litter left behind.

Surely now hotels can be built, parking places created, restaurants and all those that serve tourism as an industry which in the end drives out the locals who can’t afford the higher rents propelled by foreign demands while souvenir shops and highend foreign boutiques tend to replace the essential local services ranging from
schools to clinics to bakeries and green grocers.

That as it may does bring greatly desirable prosperity however the greater problem is created by the lack of respect that tourists show for the places they visit and the amount of littler they leave behind, often causing a pollution that seriously affects nature itself, especially on beaches by the sea. To prove the point, why has the following image in Facebook not gone viral?

Lavetezzo is not the only place that Instagrams have ruined, if not instantly, certainly over a period of time. The tourists’ numbers to Santorini has reached such
proportions that a limit has been imposed on the number of cruise ships visiting the Greek Island.

If you care to search the internet you will find that some of the best and even most expensive locations are just not what they used to be as for instance Portofino in Italy, Copenhagen “The Little Mermaid”, Barcelona and even the Great Wall of China where you have to elbow your way through the crowds.

Yes of course the nations and local authorities that want and do attract tourism need to cater for it. They need to find the equilibrium between number of tourists and available infrastructure; they also need to show some dutiful consideration for the residents who pay their local taxes and sustain the local government.

Having said that, it would also seem that the tourists themselves need to be educated, they may have paid their money to entitle them to a good and fully enjoyable hioliday, but it does not mean that they are allowed to spoil it for future tourists.

Not an easy task when there are so many irreverent and  ignorant people around, however I believe that the local authorities can help discourage some of the bad behaviour. You cannot have naked British tourists run naked in the streets such as we have seen in Magaluf they should be arrested and immediately deported back.

Heavy penalties could be introduced for littering the streets and especially the beaches. Granted it does mean more policing but at least it saves the attraction to tourism.

It is refreshing to learn that Marbella now will fine anyone male or female walking the streets without a shirt, risking a fine. Airlines are doing their part in discouraging drunken and disorderly behaviour, quite simply by calling the police on landing and having the person or persons responsible arrested.

Tourism is great but it has to be controlled and pitched at the right level to maintain a reasonable standard and quality of visitors. What is the point of having thousands of tourists that just come for the beach, even just for the day without spending any money, and by the same token I believe that the looky-looky men peddling their Chinese cheap rubbish should be barred from pestering visitors, especially in restaurants. 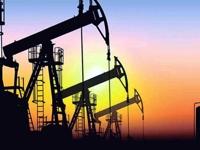 Do we need to fight wars over oil?
Global Conflicts are increasingly fuelled by the Desire for Oil and Natural Gas - and the abstract Funds They Generate.
Who do they think they are, telling me when I can vote.