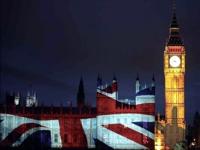 Is our pride gently disappearing into the abyss of complacency? We have and expect all the easy ways available to give us what we want....Cheap air travel, social media for contact and purchasing, just to mention two.

We have now a younger and far more internationally minded generation who seem to be more adept and educated than ever before, thanks to access to Universities and higher education. Interestingly though, only about a third are likely to have a firm sense of British national pride. Totally different to the generation who grew up following the Second World War.

There has been a study from the British Social Attitudes, who are apparently the most authoritative barometer of public opinion and they analysed responses from the general public to questions on topics relating to patriotism and feelings of connection to the UK from people in mainland Britain in 2003 and 2013. Overall the general feelings of the public offered a fairly unchanged level of national pride. Interestingly though when they broke down the figures further with deeper analysis, there is a definite move away from strong British patriotism. Apparently 35 per cent of people questioned said they were very proud but another 47 per cent were not so sure and offered a feeling of diluted pride in the Country.

Why is this?
In my opinion, during the past five years especially, I have seen, with total dismay and sadness, that the things we used to be proud of in our Country, like the Arts, Education, Health care are now systematically being undermined until they begin to tumble and perhaps totally collapse. We are being told by a ruling elite who seem to be arrogant enough to assume we will just put up with it.

Let us not forget that our Nation has a phenomenal history covering thousands of years to include engineering, inventing building, so much to be proud of. Oh and let’s not forget the Suffragettes, these women proved that they will not be passive doormats to be used and put in their place by the ruling body. They taught us that we are a nation who fights back against iniquities. Unfortunately today the media tends to manipulate the outcome by focusing the blame on groups who are just perceived as outsiders, immigrants and other minorities form other countries.

I get really angry and I am saddened at the lack of jobs and the Zero contract scandal which is undermining the security of the general public but I cant abide these things being twisted into hatred of groups that have nothing to do with this issue. So....with all this in mind is it at all surprising that national pride is waning?

Our industries which are few and far apart are on the whole sold off or operated by foreign Countries and conglomerates. For example: Steel....sold to the Chinese
because of cheaper manufacturing costs. Car industries and Electricity and power all have gone the same way. We have still got the financial sector of which we can be very proud but with the political tide moving in different directions we could see some of the major firms relocating elsewhere. With any decent manufacturing we have left in the UK it is not unfortunately always synonymous with quality. Many of the workers are from foreign lands outside the EU and are often from poor Countries where self pride and Country pride are not necessarily a given.

Let’s be honest here... we all know where the fault lies. At the head of the British Government are a selection of Clowns who seem to me to be more interested in feathering their own nest rather than propagating a pride in a better future for the British people and the Country. It is fully understandable that people who want to feel a pride in Britain are fervently disappointed when they see the way the Government has been cutting and cutting from the most vulnerable targets:- The disabled especially and our treasured health service. I am increasingly appalled by the way it is just left to happen....Where are the opposition voices?

Famous British quality
I remember the famous British Quality! The pride we had some years ago when we had ‘Made in Britain’ products which we were proud to own. It stood for a quality
product. Even though I am an immigrant in my adopted Spain, I still love my country, I am a proud Brit. I am however seeing less to be proud of as I get older unfortunately. I am becoming mournful for what we have let slip away and for what has been stolen by greedy, amoral people who are apparently the ruling so-called elite. 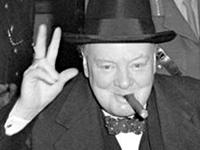 ONE FARSE AFTER ANOTHER
Are we still the American lapdog?
It all started before the Suez crisis, but... - Todo comenzo antes de la crisis de Suez, pero ...