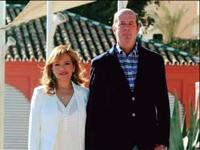 I died for 45 minutes yet here I am talking with you!

A lunch interview with Jorge Keller accompanied by his wife Alexandra LicintuûÝa.

I did not know what to expect at the meeting with Alexandra and Jorge, but the first thing he said to me after our brief introduction is “Do you know what it is that
happened to me? You are talking to a man that died for 45 minutes!”

“I woke up that fated morning with a bit of stomach pain. I believed it might have been for something I had eaten. I did not feel well all day long; in the evening I took a paracetamol tablet and sat down to chat with my wife for a while before watching a film after she went to bed. I think Alexandra can take over from, here because
that is when I died.”

I believe this is when the brain damage was caused, through the lack of blood flow and oxygen to the brain. Apparently the main aorta was blocked, so they placed a stent, however I was not given much hope at the time yet I was not going to give up, I thought I could rely on the best coronary unit in Spain at La Paz.

Jorge survived on a life support machine, in a coma, a never ending coma. At some point I was advised that it might be better to disconnect the life support because even if he survived he would be as a vegetable. I refused to accept this; I did not want to lose my husband and I kept believing that he will soon wake up and be all right.

Weeks later he finally woke up: “Where am I?” “What Happened?” he asked. But that is all he ever said. He spoke no more and it became evident that he just did not know me or anyone else; his memory had all gone, it was like a disc that has been totally erased clean. He couldn’t walk, he wouldn’t talk, and he couldn’t even hold a spoon to feed himself he became a 30 years old baby.

After 9 months of rehabilitation in a clinic there was no improvement but I still refused to accept there was no hope left, so I avidly started to look for solutions. I believed there had to be one so I studied nursing to help Jorge and then I came across an association ‘Ayuda a la afasia’; I learned that there was not enough research made in cerebral hypoxia, but that an Israeli doctor was experimenting with hyperbaric medicine, which seemed to give some positive results with one of his patients. It is then that I decided to try this and I took Jorge to an oxygen chamber (hyperbaric chamber).

Miracle or not, the visible improvements were almost imm ediate; at first he started to talk and with some mental exercises his brain seemed to start gradually working again. Putting him through some mental effort with numbers he then even started to write too.

There was the answer all the time! At first I put him through 2 sessions a day, about 40 in all. This proved to me and his surgeons that the technique actually recovered the neurons in the brain making them start to reconnect to each other. And here he is today.

From Madrid, some 3 1/2 years ago, we moved to Estepona for a quieter and healthier environment and this is when I had to master all my financial efforts and with a
lot of help I acquired a hyperbaric chamber because the only one available in the area was for multiple occupations and a different type of use.

I could see the benefits in my husband’s recovery, so what’s the use of money if life has to end up this way? This is how it was that the Centro Medico Hiperbarico was
started. Not an easy task to start with but my husband continued improving and he is the living proof of the benefits one derives from the Hyperbaric Chamber. I am glad I can now also offer the same benefit to others who join my clinic for a number of different afflictions.”

Jorge at this point interacted to say: -”I am very proud and thankful to Alexandra. I died for 45 minutes, she brought me back to life but my brain had gone. From a successful business person I became an incapable vegetable, but thanks to her I have and continue recovering my faculties. I get very tired very quickly, 45% of my heart is necrotic, but here I am talking with you. I am happy to be the living proof of what this new Hyperbaric Oxygen Medicine can actually achieve even in a most hopeless of cases”. 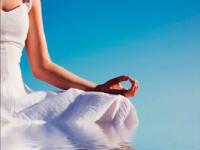 This could be the solution that helps you bear your ILLNESS
We are talking about complementary medicine, a set of practices that supplement conventional medicine, and that can help alleviate the side effects of your illness.
Breastfeeding is important, wherever you are

Secrets of Rejuvenation with Immediate Results

A gift of Good health for Christmas