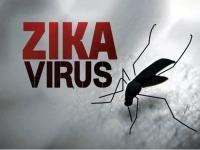 The name comes from the Zika Forest of Uganda, where the virus was first isolated in 1947. For the first time in Europe this year we have seen news of this virus which is plaguing South American countries.

It all starts with a mosquito bite from the tiger mosquito. The bite can provoke a skin reaction with subsequent headaches, fever, rash, muscle and joint pains. The symptoms can last a few days and are not serious enough to require hospitalization.

Once in the system, the virus can be transmitted to others sexually, by blood transfusion and from pregnant mothers to foetus. The latter is where the disease hits hard:- when babies are born with a condition that causes the brain to stop developing as well as the skull. Although ‘microcephaly’ can happen with no other major defects the damage caused by an underdeveloped brain is disastrous.

There is no vaccine at present, although in June of this year tests have been approved to be carried out on humans. We are still quite far from complete success.

The tiger mosquito, so named for the black and white stripes on its body and legs, is different from other mosquitoes because it is active day and night and it prefers to inhabit areas as near as possible to humans.
The worrying part of all this is that tiger mosquitoes have already invaded the U.S and Mediterranean Europe, including the Costa del Sol, mainly through people’s travel and goods transport.

So far these European invaders do not seem to be carrying the Zita Virus, but they certainly can carry and transmit ‘malaria’, ‘chikungunya’ and ‘dengue fever’ as well as ‘leishmansiasis’, which is dangerous for dogs.

Although it may be difficult to eradicate this pest, we can take some measures and at least try and control it. The tiger mosquito will try and set home near you, look for any small pool of stagnant water (puddles,
flower vases, bird baths, any crevices that can contain water, including inlets to sewers and drainage systems that can hold stagnant water) and remove the water or fill in with sand to prevent the mosquitoes laying their eggs.

Traps that catch the usual mosquitoes do not catch tiger mosquitoes efficiently; you need to look for traps that are designed to catch the tiger mosquito. Anyone travelling to and from an area where the Zika virus has shown its presence must remember that one mosquito bite will see to it that you are infected. Once infected, you are likely to be protected from future infections. You can see how far the Zika Virus has already
been detected on the map below provided by The Centers of Disease Control & Prevention. 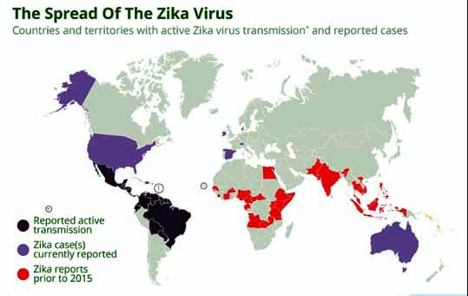 How to protect yourself from mosquito bites Wear long-sleeved shirts and long pants. 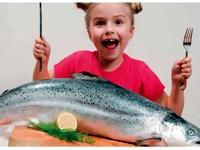 Should we stop eating fish
Seriously. It is time to control industrial waste.
Como ser YOUTUBER