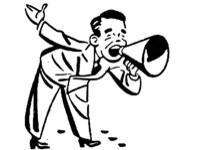 Sometimes I wonder where we are all going to end up. Do you ever ask yourself this question?

One bit of good news is that the IRPF (tax deduction at source) will now be reduced from 9% to 7% for all new autonomos (self employed) during their first three years in business. At the end of the fiscal year, once the tax form is sent in, any overpayment of tax is then returned, sometime the following year.

Isnt that generous? In my book this is the government using workers money interest free, but they sure charge you interest if you owe them a penny. I am not just talking of Spain this bad habit of getting workers to pay for fat cats is spreading all over Europe. UK MPs to get 10% more money for the lousy job they are doing?

All these rules and regulations that keep coming up, some under the pretext of fraud avoidance, as far as I can see are intended to control 100% of individual financial freedom just to measure what each individual is worth. Guess why!

Denmark is doing away with cash altogether so that everything has to be bought by credit card or bank transfers; this is one sure way to know everything about each individual in the whole nation. Now even in the UK the tax man is authorised to extract any amount of cash he deems is owed to him out of your bank account without your consent. Just as in Spain and I believe some
other countries too.

What I would like to know is what they are doing with all this money. People in Greece cannot get their own money out of the banks because the banks do no not have it any longer. So what did they do with money that did not belong to them? What is Greece going to do with the 61 billion Euros third bailout?

Well immediately, the first 10 billions are earmarked to be given to banks. Thats a laugh! How much money are the banks going to be permitted to waste on themselves? Banks are businesses supposedly to make profits, if they cannot pay what they owe they are bankrupt. The 10 billions should be best used to refund the banks clients and close down the banks. This should serve as a lesson to new bankers coming on the scene.

If you listen carefully to what the people are saying: We want to be in the Eurozone but we do not want austerity measures, meaning Why should we be made to pay for the greed and stupidity of banks and government with our own hard earned earnings? 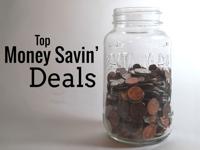 MONEY SAVING DEALS
See what discounts and bargains our adverisers are offering. Click on the deals you like for more details
Web Express Guide 16th birthday