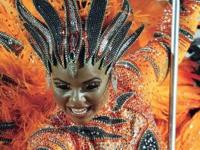 Another good reason for for partying and making merry during the gloomy wintry month of February?

Some of you may have gone to Venice, others to Rio de Janeiro, but many would have stayed right here and discovered that Carnival is not as big in Spain, but growing.

While most Latin countries make a big fiesta out of the theme this is not so in Spain due to the fact that it had to be discreetly celebrated because of General Francos oppression, whereby Carnival celebrations were abolished. It is only quite recently that Spain has started to see fancy dress parades and fancy carnival costumes in the streets.

Elsewhere the celebration has gained ever increasing popularity throughout the Catholic world; Il Carnevale is celebrated in Venice, which is considered the birth place of Carnival, a tradition that still holds true and reflected throughout Italy.

The most famous Mardi Gras is celebrated in Rio de Janeiro, Brasil and this years Rio Carnival 2014 dates: February 28th until March 4th.

Rio has transformed this festival into the most exotic and best known carnivals in the world, turning it into a competition between the various districts of the city. The winner is the one that parades the best, the loudest, with the most over the top floats carrying bands and accompanied by dancers and other performers wearing the most exotic and extravagant costumes. This is some party, I tell you!

A most enjoyable events takes place in New Orleans,  French Louisiana, known for its famous Mardi Gras Parade. The introduction of this festivity in North America is said to have taken place in 1704, when the King of France Louis XIV ordered the brothers Iberville and Bienville LeMoyne to sail from France to defend the French territories, which include the areas that now represent Alabama, Louisiana, and Mississippi.

Upon arriving, the Lemoyne brothers found the mouth of a body of water, now known as the Mississippi River, and sailed upstream for a few miles until they located the perfect place to build a colony and nominated the area as Point du Mardi Gras now known as Venice in Louisiana.

Unless you travel to celebrate a glorious carnival in Venice or Rio or elsewhere, perhaps you will make the most of what we have here on the Costa to re-educate and to make sure that indeed February is not a short sad month of the year as they would have you believe. 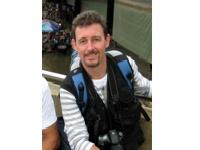 Manolo Diaz Painter
Continuing on a similar theme, this month we introduce Manolo Diaz who also paints portraits but is more dedicated to hyperrealism, surrealism and particularly fantasy paintings.
What has love got to do with it?

The book is: Cat Sense