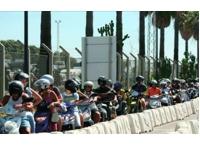 What does the future hold in Spain. - By Chevalier de Fleuri

The mild Mediterranean climate of the Costa del Sol and its proximity to the Atlantic have always had an attraction that created a history spanning about 2,800 years, starting with the Visigots and other similar tribes.

One of the first civilisations to leave their mark were the Phoenicians, followed by the Romans and then the Moors who made
a permanent mark that is still noticed, particularly in the architecture.

In more recent times, in the 40Â’s, Marbella was a small fishing village with only 900 inhabitants, the new era started with Ricardo Soriano, Marquis of Ivanrey, followed by his nephew Prince Alfonso de Hohenlohe, who attracted and popularized the area with their rich and famous friends. As an extension of this, the 50Â’s developed into an attraction for the most famous actors known at the time, the likes of Grace Kelly, Ava Gardner, Orson Wells, Frank Sinatra and many others were regular visitors.

Naturally all these famous people coming to the area, centred in Marbella, made news all over the world with the ensuing boom in tourism.

In the 60Â’s and 70Â’s the name Â“Costa del SolÂ” was a brand created specifically to market the Mediterranean coastline of MĂˇlaga province to foreign holiday makers. TorremolinosÂ’ popularity as a tourist destination had a domino effect, and in the late 1960s and early 1970s, nearby municipalities such as Benalmadena, Fuengirola and Mijas, also saw a growth in the number of tourists as well as the number of permanent, resident retired couples with a U.K. pension to support them.

Between 1978 and 1985, there was a brief window when extradition agreements between Spain and the UK roke down and a number of Â‘wantedÂ’persons moved to the Costa del Sol which as then nick-named Â“Costa del crimeÂ”.

Unfortunately, the reputation created by his window, added to the general relaxed, pathetic attitude of the police served to give he area definite popularity with people who ould rather keep a low profile.

The climate, the beaches, the Mediterranean food and the relaxed, often festive customs of the local population, mainly villagers with villagersÂ’ mentality, certainly presented an appeal to the majorities, especially British who gradually began to even exceed the number of Spaniards in some villages.

As a matter of fact the growing number of British residents and visitors to the Costa resulted in a market, an island within the Costa del Sol, where there was no necessity to speak any language other than English. It all snowballed adding to the attraction.

Not everyoneÂ’s reason for moving to the Costa was based on keeping a low profile. Many retired persons found the climate and the short distance from their country an attractive proposition. Others just had had enough of their own country and moved to seek a better life in a better climate.

As the number of foreign visitors increased, the Spanish started to see a way of life they had never seen or experienced before; the changes were, and still are to some extent, too fast and dramatic, not just for the village mentality of the Costa del Sol but for the rest of Spain that had not long ago come out of an oppressive dictatorship which slowed its development
vis-a-vis the rest of Europe. Money became a major motivating factor that gradually brought out the true nature and mentality of the powers to be, practically all over Spain.

What really made an irreparable impact to the changes was the property boom, a mix of British estate agentsÂ’ greed exploiting gullible investors and the authoritiesÂ’ greed.

There is nothing wrong with progression and creation of wealth, but when the common denominator is greed and money
at any cost, irrespective of the peopleÂ’s best interest, whether Spanish or foreign, thatÂ’s when it starts to go wrong. Have we ever seen such a large number of Spanish mayors and councillors and... prosecuted for alleged fraud? Has this served as a lesson? It does not seem like it, does it? In most cases we are still waiting to see what their real punishment is
going to be. And when will it ever happen or will it all be swept away into oblivion? We seem to have gone back to the times of the Sheriff of Nottingham and his people; unfortunately there is no Robin Hood.

They now seem to make rules to suit themselves simply to get money out of everyoneÂ’s pockets.

I am not happy to be made to pay the electric company when I do not use their supply? Especially after all the unjustified increases we have had recently by so called Â“Royal DecreeÂ”.

I am not happy to have to pay for emergency treatment as an E.U. citizen who is entitled to free health care.

I am not happy to pay for a license to carry out repairs or just decorating my own home. Not when other E.U. countries even
give grants for renovations, probably now financed by Brussels.

I am not happy to pay for exorbitant parking fines when it seems obvious that parking spaces are deliberately reduced to procure parking fines.

I am not happy to be excluded from bank and certain other facilities generally available to local nationals just because of my different nationality, even though I pay my taxes and social security contributions.

Are we really going to have to pay Â€50 to get in and also out of Gibraltar?

These are just but a few examples of a growing number of legalized scams which to my mind are entirely counterproductive and will only serve to achieve a substantial reduction in the number of foreign nationals to the area, one of the main sources of income that Spain really needs.

Â“If I am earning less I shall charge moreÂ”. Well I have news for you Mr Spain, it does not work like this, what school and what planet do you come from?

It is not just the crisis; it is a combination of all these factors that have contributed to the reduction of foreign residents. Even the Spanish themselves are leaving Spain to find jobs elsewhere and get away from the oppressive climate There seems to be a belief that people must do as they are told Spanish or not and if they happen not to communicate well in Spanish they must be retarded or gullible, this might be the reason why this summer has not been so profitable for a number of businesses compared to even last year.

If this is the way forward, I imagine that at the end of the day Spain will be left to the authorities to fend for themselves and
unfortunately there is not enough fish left in the sea to support a living.

Behaviour breeds Behaviour
I have recently been back to England..
CHAVOPOLY! Small business ownership: DonÂ’t Give Up!!