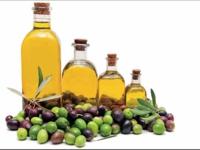 Olive oil is known as liquid gold and is a staple of Spanish food.

Apart from the taste, part of the attraction of olive oil is due to the supposed health benefits, which have been the subject of several studies carried out at Spanish Universities. It is thought that there is a direct correlation between high life expectancy in countries like Spain, Greece and Italy, and the large quantity of olive oil that people consume here.

It is believed that there is strong evidence that people who have a healthy amount of olive oil in their diet are less likely to have heart attacks, or to suffer from some forms of cancer. However, to get the best health benefits, olive oil connoisseurs will tell you that the oil has to be Â“extra virginÂ”, which comes from the best quality olives, and accounts for roughly 20% of the oil produced in Spain each year. It is thought to cure illnesses and rejuvenates your skin giving you a pleasant complexion.

What do the Spanish have for breakfast? Olive Oil spread on bread! They also use olive oil rather than butter in their bocadillos. You will also see them dipping bread in olive oil while waiting for their meal to be served in a restaurant. Spain is the worldÂ’s biggest olive oil producer Spain is by far the biggest producer of olive oil in the world, accounting last year for around 50% of the total production worldwide. Wherever you drive in Andalucia, there are olive fields, stretching as far as the
eye can see as the province accounts for around half of SpainÂ’s total production. Spain normally produces between 40 and 60% of the worldÂ’s olive oil, even so, there might not be enough this year to meet demand worldwide. The demand for olive oil worldwide is growing, especially in fast-growing economies such as Brazil, India and China.

Once the olives arrive at the mill, they are crushed with their pits. This makes a thick paste called mash. This mash is then either pressed or centrifuged to separate the oil. If pressed, the oil is allowed to stand until the oil floats to the top, thus separating it from any impurities. If centrifuged, it is centrifuged for a second time to eliminate the impurities. Once free of impurities, the oil is aged from 3 to 6 months. The natural bitterness is reduced through this Â“ageingÂ” process.

Harvest Time affects the Oil. Green olives that are mature and harvested in the early fall makes an oil that is green and has a sharp flavour. Some use adjectives like Â“grassy,Â” Â“pepperyÂ” or Â“woody.Â” Fruit that is harvested from early winter to early spring is riper and has a purplish or blackish color. The oil produced from this later harvest is generally golden in color, with a fruitier and smoother taste.

Confusing or unnecessary Information you may see on Virgin Olive Oil Labels:

If you stick with Extra Virgin Spanish Olive Oil, you really cannot go wrong. Of course the colour and flavour of the oil may vary from brand to brand. So, try buying several different brands of Spanish olive oil and use them on salads, in recipes and for frying to see which you prefer.

Olive oil festival celebrates harvest in AndalucĂ­a This is definitely one for the diary because in November, there is a three-day festival celebrating the end of the harvest in Baena, Codoba which is one of only two places in Andalucia to have Â‘DenominaciĂłn de OrigenÂ’ (Denomination of Origin) recognition. As a matter of interest the oil from this area is considered as some of the best in the world.

It makes a great family day out as there are food and wine markets held in the town, along with cookery classes, tastings and live music. And for true olive oil aficionados, Baena also has the Museo del Olivar y el Aceite, in an old mill, where two floors explore the one thousand year history of the olive oil tradition. 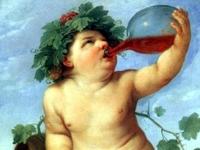