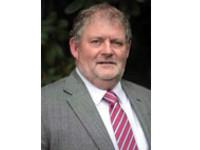 My Life as an Independent Financial Adviser

Can you remember what you were doing 37 years ago today? By Richard Alexander Dip. PFS

It was 1975, just 4 years after decimalisation in the UK and only a year after what some refer to as the real winter of discontent which began late in 1973 and between January and March 1974, commercial users of electricity were severely restricted, which created the famous 3 day week. Even television stopped broadcasting at 10.30 PM to save electricity!

There had been 2 General Elections in 1974, the first seeing Ted Heath fail to secure a coalition deal with the Liberal party which resulted in Harold Wilson coming back for his third term with a minority government, which proved unworkable, hence the second election won a 3 seat majority.

I know what I was doing; in February 1975, I was on a training course, as I had just entered the financial services industry and celebrated my 21st birthday that same month. One of the key areas of the training course was to learn how to complete what was referred to then as a needs analysis. This was emphasising the need to understand a persons circumstances and to be able to identify areas where they may have a need for a financial solution. In this regard, very little has changed in the industry, with what today is more commonly referred to by the regulator as fact finding with a view to enabling the adviser to know their client prior to providing any financial advice.

Unfortunately, the financial services industry has largely used a system of paying commission as the reward for arranging financial solutions and this in turn has lead to what the Daily Mail often refers to as commission hungry salespeople stampeding through the population and selling a whole range of inappropriate products. Little wonder then that the industry has earned a bad reputation. Even the largest institutions have been guilty of targeting product sales with little regard for whether the product was even suitable for the customer. Just look at the banks and payment protection insurance as one example.

This is a great shame, as there is a real need for quality financial advice at various stages in life, which is even truer today than it was 37 years ago. The financial world is much more sophisticated today than it was then and consequently it can be even more confusing for most people.

I pride myself on having spent 37 years as a financial adviser, (not a product salesman) and I still get a buzz out of understanding a clients aims and objectives, their concerns and sensitivities and helping them to recognise their financial capabilities by providing solutions which they understand and are comfortable with.

Thats how long term relationships are possible, with many of my clients becoming good friends as well. And funnily enough, after all these years, I found myself back in the classroom recently as I completed the gap filling required by the Financial Service Authority to meet their new higher standards for qualified independent financial advisers, which are being introduced at the end of this year. 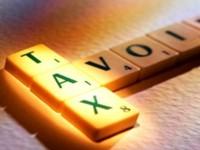 Opting out of Income Tax: Dream or Reality?
With income tax on investments increasing in Spain this year and next, wouldnt it be nice to be able to opt out! Actually, many people do just that, quite legitimately; so how do they manage it?
Lets move to Spain and open a bar. Its easy.

Out with the old and in with the new!

Boy, oh boy! There is so much to put right!