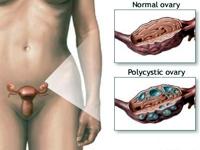 Proper diagnoses and treatment of PCOS can relieve an emotional burden. By Dr. R. B. Prats

Polycystic ovarian syndrome is a hormonal disorder in which androgens (male hormones) are produced in larger quantities than normal. It is common, affecting 5 percent to 10 percent of women. While the initial signs may appear during a womans early to mid-teen years, a diagnosis is often delayed until her 20s or 30s. Thats because the symptoms may be few (thinning scalp hair, acne) or many (irregular periods, increased body hair, weight gain, others), resulting in a varying pattern that is not initially attributed to a particular syndrome.

Unfortunately, this delay often takes an emotional toll due to uncertain diagnoses that end up leading to ineffective treatments. However, once a proper diagnosis is made, we do have medications (birth control pills, metformin, spironolactone, others) and lifestyle suggestions (exercise, weight loss, healthier diet, etc.) that have proven to be very helpful in reducing the signs, symptoms and long term health risks associated with this condition.

The hormonal changes seen in PCOS have the potential to affect many body systems. While some may be obvious, others are not. And, what may affect one woman may not affect the other. The outward signs include:

 Increased growth of hair on the face, back, chest, upper arms and upper legs
 Acne
 Weight gain, with extra fat distribution around the abdomen
 Thinning scalp hair or baldness, similar to a pattern seen in males
 Extra growths of skin (skin tags) around the neck or in the armpits
 Darker and thicker skin under the arms, neck, under the breasts, inner thighs
 Decrease in the size of the breasts
 Obstructive sleep apnea

There are also internal changes that have the potential to occur. These include but are not limited to:

There are other causes of irregular menstruation that may contribute to the problem, so it especially important to have a thorough evaluation by a physician with expertise in womens reproductive health. That said, a diagnosis of PCOS is based upon many factors, including:

 Your medical history (when did your periods begin, how long do they last, what is the interval between cycles, others)
 Family history (a possible hereditary link with a mother or sister)
 Physical appearance and pelvic exam (enlarged ovaries)
 Blood tests for androgens (male hormones such as testosterone), female hormones (estrone, estradiol), thyroid, fasting blood sugar, and hormones known as LH, FSH, prolactin, others

If there is still a doubt after your diagnosis, further testing may be requested. This would include a transvaginal and/or pelvic ultrasound and, possibly, a laparoscopy (looking at the lining of the uterus and ovaries using a lighted instrument).

While there is no cure for polycystic ovarian syndrome, it is treatable and the earlier the diagnosis, the better the physical, as well as emotional, outcome. See your physician. 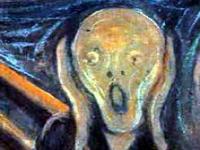 How do you know if your child has ADHD or Bipolar Disorder?
Bipolar disorder is difficult to diagnose in children, and often a child diagnosed as ADHD can have bipolar disorder which is misdiagnosed. By Dr. R. B. Prats
Asparagus