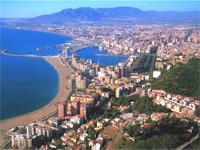 A brief insight into the history of Malaga

Although the Phoenicians originally settled in Malaga, archaeology reveals that prehistoric man had left his mark on the area. The Romans bestowed upon the city the status of Â“Confederate City of RomeÂ”, a privilege enjoyed by only three other cities in Andalucia.

Malaga, as a modern city in the 17th century, suffered a period of tragedy. Poor harvests, famine, and epidemics blighted the city and the surrounding area. Devastation was also wrought by huge floods in the years 1580, 1621 and 1661; the destruction being further compounded by earthquake in 1680 which severely damaged many buildings.

During the 18th century Malaga experienced a revival of commercial activity, largely due to business dealings with the Americas. However, just as the city recovered from the tragedies of the 17th century, it suffered another harsh setback with the outbreak of yellow fever in 1803 and 1804. 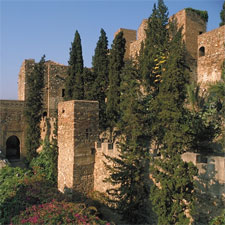 Following the death of Ferdinand VII in 1833, when the liberals took power, Malaga assumed an important role in the nation because of industrialization. Iron and steel works and textile factories were established. The growth of these industries made MĂˇlaga the second most important industrial centre in the country after Barcelona.

With the loss of Cuba, commercial activity slowed down and the agricultural sector suffered a crisis due to the destruction of the vines by phylloxera (an insect similar to green-fly). When the industrial sector failed to compete with the major players in Barcelona, the economy declined once again.

After the military uprising on the 18th of July 1936, Malaga remained under Republican control until its defeat in February 1937. With the Civil War over, the arduous task of rebuilding the city began. Some industries started recovering, but true recovery was not until the 1950s, with the explosion of tourism. This new industry created a substantial economic activity, resulting in improved infrastructure. The services sector developed and it remains the base of today's economy. By exploiting its sun and its beaches, Malaga has become one of the most important tourist destinations in Europe.

Introduction to Andalucia
Its varied landscapes, the benignancy of its climate and the friendly character of its population have turned it into one of the most attractive regions in Europe.
Historical Summary of Andalucia