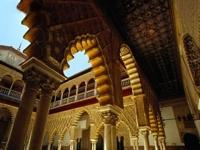 Andalucia is the most southern and the largest region of Spain, the origin of its name is from the arabic "Al-Andalus".

For centuries its has followed a succession of foreign occupation, dating back to about 1000 B.C. when the Phoenicians and Greek traders created a flourishing community rich in agriculture, animal farming, and metal mining. By 206 B.C. the region was occupied by the Romans who made it one of the wealthiest parts of their empire. They built roads, aqueducts, temples, amphitheatres, baths and, even then, luxury villas for holidaying. The evidence of their occupation is still quite visible today in many parts of Andalucia and in particular along the coast. 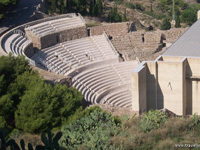 Following the downfall of the Roman Empire and the invasion of the Visigoths, in 711 B.C. began four centuries of Muslim occupation, which stretched into Portugal. The Moorish built beautiful palaces, mosques, gardens, founded universities and established large markets, creating one of the most civilised societies in medieval Europe.

The persecution of Christians by the Muslims came to a end with the last crusade, "La Reconquista" in 1482, led by Isabel and Fernando, the catholic monarchs of Arag√≥n and Catalu√Īa, who destroyed the last Muslim stronghold in Granada.

Unfortunately this is when the infamous "Spanish Inquisition" came to being. Islamic books were burnt, Jews refusing baptism were expelled, the Arabic language was banned whilst any remaining Muslims were forced into conversion. The succeeding Hapsburg kings brought Spain into a decline waging too many European wars and, by the 17th century, epidemics and bad harvests killed thousands of people, seriously depleting Andaluc√≠a's population.

Under the new Bourbon dynasty (still in place today); Spain made some degree of recovery in the 18th century.and trade through Andalucian ports (including M√°laga) and C√°diz flourished. But when Louis XVI of France (a cousin of Spain's Carlos IV) was guillotined in 1793, Spain waged war on France, and lost. The Spanish revolt against Napoleon's French occupation was successful and a new constitution asserting sovereignty for the people was drawn up in C√°diz. This set the scene for a century of struggle between the liberals and the conservatives. During his reign King Fernando VII (1814-34) revoked the constitution, reinstated the Inquisition, and persecuted liberals; Spain entered a severe economic recession and the American colonies won their independence. The dichotomy between the rich bourgeoisie and the poor labourers was particularly marked in Andaluc√≠a.

In 1873 a liberal government proclaimed the First Republic, but it was overthrown 11 months later when the army reinstated the monarchy. The misery of the poor continued and many Andalucian peasants migrated to Latin America. Others joined popular anarchist movements, staging uprisings and strikes that were quickly quashed. In 1923 general Miguel Primo de Rivera began a mild military dictatorship and the anarchists went underground. King Alfonso XIII dismissed him in 1930. Municipal elections in 1931 resulted in the Second Republic and King Alfonso fled to Italy. 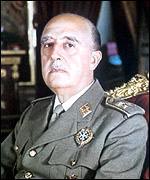 The Second Republic (1931-36) was headed first by a left wing government, then a right wing. Neither government included fascist or anarchist groups and by 1936 violence caused by these factions escalated into a brutal and bloody civil war. The Nationalists, supported by Nazi Germany and Fascist Italy, gradually took over Andaluc√≠a's cities, murdering thousands on their way. By 1936 General Franco had emerged as the undisputed Nationalist leader. After battles in Valencia, Barcelona and Madrid he declared this war won on April 1, 1939.

Franco's rule (1939 -1975) was characterised by repression. Catholic orthodoxy was restored, army garrisons kept the people down and jails were full of political prisoners. Although he kept Spain out of World War Two, a United Nations trade boycott in 1940 hit poor areas, such as Andaluc√≠a, particularly hard. Between 1950 and 1973 around 1.5 million left Andaluc√≠a in search for work elsewhere. 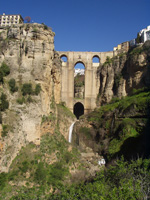 In 1982 Spain finally broke with the past by voting for the PSOE (Spanish Socialist Workers' Party), led by Felipe Gonz√°lez from Seville. The PSOE eradicated much of Andaluc√≠a's poverty through grants. In 1986 Spain joined the EC (now the EU), and in 1992 Seville hosted the Expo world fair. In 1996 the centre-right Partido Popular (People's Party) won the elections under the leadership of Jos√© Mar√≠a Aznar. After four years of steady economic progress, Aznar and the PP won again in 2000.

Although Andaluc√≠a still lags behind the rest of Spain, poverty is down, education is up whilst tourism and gradual industrial growth are giving the region a welcome prosperity. Yet even with all this new-found wealth, Andalucians remain loyal to and proud of their country, their region and their families. The memories of past struggles are still fresh.

Introduction to Andalucia
Its varied landscapes, the benignancy of its climate and the friendly character of its population have turned it into one of the most attractive regions in Europe.
Apes of Gibraltar