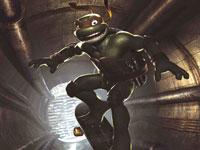 Twenty years after first popping up from the sewers; the Turtles are back

If you were young enough to be a fan during the latter part of the 80s, then the chances are you will have children yourself by now of roughly the same age as you were then. I was too old and far too cynical myself to have got caught up in all the hype back then and my only child at the time was just 3 years old and a girl! However, I do remember the hell some of my friends went through in the Christmas of 1987 trying to get hold of the action figures.

The Teenage Mutant Ninja Turtles (TMNT or Ninja Turtles) are a fictional team of four anthropomorphic turtles, who are trained by their sensei, Master Splinter, to become skilled ninja warriors. From their home in the sewers of Manhattan, they battle petty criminals, evil megalomaniacs, and alien invaders, all while remaining isolated from society at large.

TMNT, to be released March 30, 2007, will be the fourth Teenage Mutant Ninja Turtles film released in the TMNT franchise. This film will be created using computer-generated imagery (CGI) by Imagi Animation Studios. It will be the first film in the franchise in 14 years, the last one having been released in 1993.

After the defeat of their old arch nemesis, The Shredder, the Turtles have grown apart as a family. Struggling to keep them together, their rat sensei, Master Splinter, becomes worried when strange things begin to happen in New York City. Tech-industrialist Max Winters is amassing an army of ancient monsters, apparently to take over the world.

According to director Kevin Munroe's panel at San Diego Comic-Con, Leonardo has been travelling the world for the last few years, honing his skills. While away, the other turtles are barred from leaving the lair by their Master Splinter, who wishes to keep the family together. However, Raphael has been scouring the streets at night, following the example of his old pal Casey Jones and mixing it up.

Meanwhile, it seems Michelangelo has taken a job as an entertainer at children's parties.

According to interviews at Comic Con, this film will follow the 2nd movie, but there will be nods to the animated series and previous films. Casey Jones and April O'Neil will return with this film, building on their romance in the first film.
It has been confirmed that The Shredder will only make a small appearance in the movie but Karai will be given a major role. Although Quinton Flynn is listed as the voice for Casey Jones, he is so far the only official casting announcement that has been made.

The full cast is expected to be announced in the near future. The film is due for release in March of next year, so take my advice and buy the action figures and video games as soon as they hit the shops, that way you can stash them away for Christmas when the chances are it will be impossible to get your hands on them. Ubisoft has already announced they will create games based on the 2007 movie. Although it has been confirmed for the Nintendo DS and Wii (currently set to release soon after the system), it is unknown whether the game will be developed for any other handheld or home game consoles, or both. 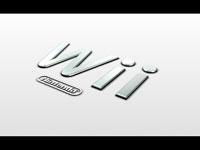 Wii buy?
Nintendos new games console makes a very timely appearance, according to R&B Ainslie
Want to play with me?