There are different ways to kick the habit and if you ask people about their experiences, you will be told about the many positive and negative sides.

Many people stopped smoking just by willpower alone. Others did it with chewing gum, nicotine patches, do it yourself programmes; other methods which have helped are acupuncture, bio resonance and Bach-Flowers.

The newest studies from England, Japan and Canada confirm that humans possess a gene which is responsible for the disbursement of nicotine. Its named CYP2A6 and differs between individuals in the way it eliminates nicotine. A person, whose nicotine levels decrease quickly, will smoke more often than a person who metabolises the nicotine slowly.

Science is intending to influence this gene and its enzymatic processes. Actually, a substance used in the treatment against psoriasis, is under observation. Research is still some way off the answer for those wishing to quit smoking now and this is where Helga Kistenichs smoking withdrawal therapy can help.

Many people are wary of hypnosis, believing that their free will would be jeopardised. But a method, developed by Prof. Erikson amongst others, is designed to help using a very relaxed trance in this way the therapist can use the person's subconscious to overcome the problem.

This is the psychotherapeutic concept, helping the patient to stop smoking. After two intensive sessions, in which the relevant information is gleaned; the patient is then taken into Hypnosis. The subconscious will activate a process to stop smoking and to switch over the organism to non smoking, with the effect that the gene CYP2A6 changes the enzymatic processes of nicotine. This way the traditional side effect to giving up smoking (weight gain) is avoided.

There have been cases where the patient has successfully given up smoking for many months, only to drift back into the habit. This can be avoided by attending a few extra sessions to implant the corresponding biological and chemical changes in the patients body.

An audio cassette is available, produced by the therapist; this can be listened to at home and will help to reinforce positive behavioural patterns.

The total anti smoking therapy requires between 3 and 6 sessions, each lasting about 50 minutes. Due to the nature of the treatment, it is possible some private medical schemes may be willing to pay for the treatment. 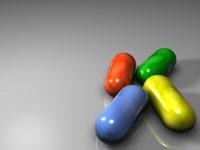