An entirely natural way to boost the immune system

The drinking of olive leaf tea by Middle Eastern cultures has long been used to treat disorders such as coughs, sore throat, cystitis, fever and gout.

In addition to the infusion, poultices were also made of the olive leaves to treat  and other skin problems. The effect that olive leaf extract has on the body has been researched and looked at for some time and has become a much talked about ingredient used in the treatment of fevers and infections.

Although olive leaf extract is classed as an alternative herbal remedy, it can be helpful in the treatment of the common cold, flu,  and a host of bacterial, viral and fungal infections.

The main constituent of olive leaf is the phytochemical oleuropein, which is broken down to elenolic acid; this has a powerful anti bacterial effect and the ability to interfere with critical amino acid production essential for viruses.

Oleuropein is a bitter monoterpene glycoside of the class known as secoiridoids and is also one of the major components found in the polyphenolic portion of olive oil.

Studies have proven the effectiveness of olive leaf extract to lower blood pressure, but this is still under investigation It further seems helpful in containing viral infections and the spreading of these viruses by inactivating them and the ability to directly penetrate infected cells and stop viral replication.

Some research suggests that olive leaf extract may be a true antiviral compound, as it appears to selectively block an entire virus specific system. Whilst there is still much research to be done on supporting the claims of the many benefits of Olive Leaf Tea, it is available now as a capsule to be taken for boosting the immune system and could prove useful for some over the winter months in helping to keep the immune system topped up for fighting seasonal colds and flu.

For information and products visit: http://www.oliveleaf.co.uk/ 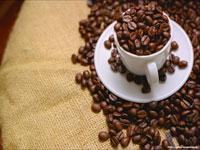