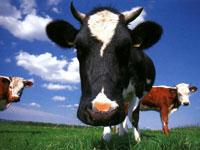 But in May of this year, following the earlier lifting of the ban on beef from England, the ban was also lifted on Scottish beef exports and Scotch beef has been available all over Europe since then.

The loudest voice at the European parliament calling for a ban at the height of the Mad Cow outbreak was that of the French agricultural ministers and, as seems to be traditional with decisions taken in Europe, theirs was the deciding vote on the ban of British beef for an unspecified period.

The benefits therefore of an overall ban of exports of beef from Britain have been enjoyed by European farmers since 1995. However, it would be a cynical person indeed to suggest that the eventual lifting of the ban on British beef exports happened at roughly the same time that the first cases of Avian flu in commercial poultry was detected in France.

Back in December 1999 France stood out against the European parliament decision to lift the embargo on British beef made earlier that year in August and thus subjected a further seven years suffering on the British dairy industry.

This is not the first time that France has acted illegally over issues concerning the export of meat from Britain, back as early as 1992 French lorry driversĀ’ blockaded ports in a protest against the movement of lamb from Britain into Europe, even going as far as holding Ā“border BarbequesĀ” and destroying thousands of pounds worth of British lamb, not to mention threatening the livelihoods and in some instances the lives of the British drivers.

Yet, still for some reason, the French seem to hold the reins at most decision making sessions at the European Parliament. Could this behaviour by the French be because of a desire to placate some of its leftist coalition partners, like the Communist party for example? Or is it simply that old habits die hard and France is continuing in its old and traditional role as Ā“The patsyĀ” of Europe? 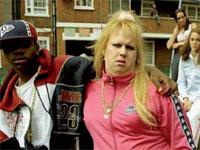 Yer but, no but
Should Marbella town hall draft in an expert on Social Security payments?
Muy Caro!

Who wants it, anyway?

You canĀ’t just learn it!